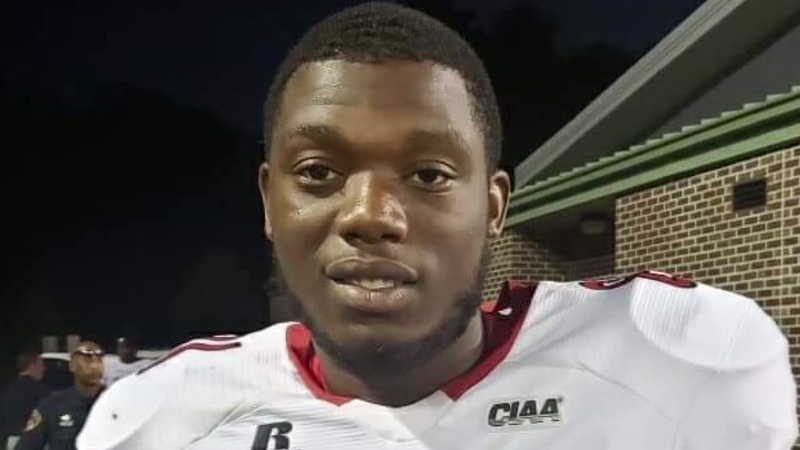 Tina Ward told ABC11 that her son, Johnathan Gilmore was one of two people who lost their lives Saturday afternoon in a car wreck on Bingham Drive in Fayetteville.

"I'm just heartbroken, devastated. He was the love of my life," Ward said.

Investigators are still trying to piece together what caused the wreck. Gilmore's parents said they believe their son had a medical emergency.

"We're not totally sure, the investigation is still ongoing, but we want to think he may have had a seizure," Ward said.

Gilmore was a freshman student-athlete at Winston-Salem State University where he played tight end for the football team. The Rams' season had just ended, so he came home to watch his former teammates at South View play in the state playoffs.

"He was home Friday night, got to stand on the sidelines with his teammates. He enjoyed it and had a good time," Ward said.

Gilmore loved football but had dreams of owning his own business one day. His parents were proud of his progress.

"He was doing good in school. Doing good on the field, and he was turning into a young man," Ward said.

Fayetteville Police are still working to identify the second victim who died in the charred wreckage.

"Knowing that someone else is going through that same heartache, we just pray for them," Gilmore's parents said.

But when it comes to Johnathan, his family said they find peace in knowing that their son lived out his purpose at such a young age.

"He loved God. And he loved his mom and dad, and I take solace in the fact that he knew he was loved," Ward said.

In the meantime, South View High School head football coach Rodney Brewington plans to honor his late student's life with a memorial this Saturday afternoon. He told ABC11 about the influence Johnathan had on all of his former teammates.

"The learning lesson was the way that Johnathan has impacted you, you're impacting someone else," Brewington said.

The family plans to remember Johnathan during a weekend ceremony. In a statement posted to Facebook, Tina Ward thanked both the Winston-Salem State University and South View communities for their support.