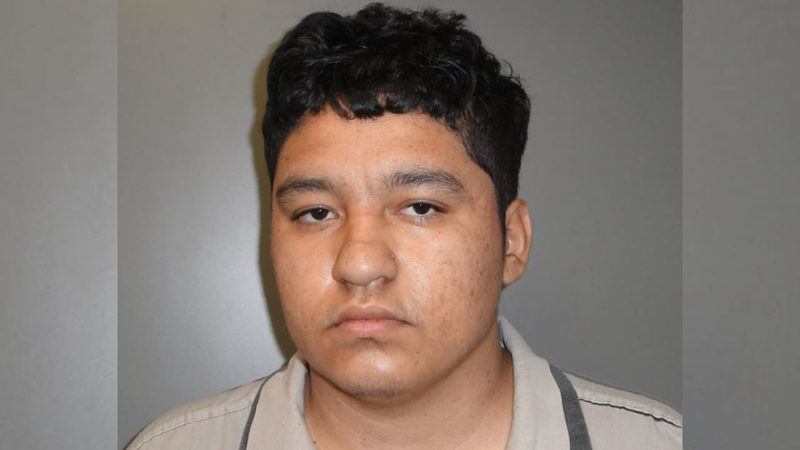 FRANKLIN COUNTY, North Carolina (WTVD) -- Franklin County deputies have charged a teen with murder after his mother was decapitated Monday in what the sheriff described as a "gruesome scene."

It happened at a home on Morgan Drive near Stonehill Drive just south of U.S. Highway 64. The area is east of Zebulon - near the Wake County line, in a normally quiet corner of Franklin County.

After calling 911, the 18-year-old suspect walked out of the house holding his mother's head in one hand and what appeared to be a large knife in the other, according to authorities.

"It looked to be a large butcher knife, the weapon that was used." said Sheriff Kent Winstead.

The teen - who was taken into custody without incident - is charged with first-degree murder.

"I can't tell you how many stab wounds or cuts," Winstead said. "We just haven't gotten that far in the investigation."

Analysis of the crime scene was delayed by a couple hours because Sheriff's deputies had to go to a neighboring county to get a search warrant. Winstead said a judge signed the order around 4:15 in the afternoon.

"We'll be here as long as it takes to do a thorough search. We owe it to the victims to make sure it's done in a proper manner - To make sure once it gets to the courthouse, justice can be served," said Wright.

Authorities removed the mother's body from the home about 8:30, and investigators cleared the scene shortly before 10 p.m.

"It's uh, hard to comprehend," said Eddie Garner, a neighbor who lives a few doors down from where crime investigators were documenting every inch of the unthinkable.

Garner was there as the victim's husband arrived home Monday afternoon to the devastating scene.

"I don't know what they told him," Garner said. "I mean, we just heard him crying and you could hear him all over the place. I mean he definitely never expected something like this to happen."

Funez Machado made a first court appearance Tuesday where he was ordered held without bond.

The Franklin County District Attorney said Machado will be moved to Central Prison because it's "more appropriate for any special needs he may have."