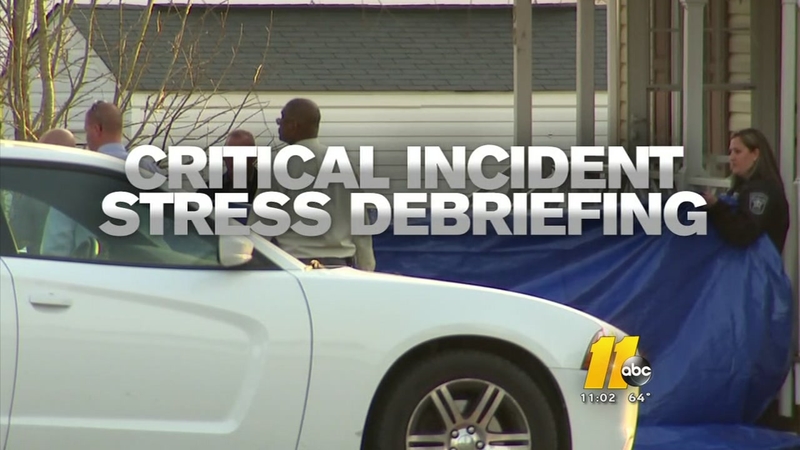 FRANKLIN COUNTY, North Carolina (WTVD) -- Like all North Carolina first responders, sheriff's deputies in Franklin County have encountered too many horrific crime scenes. But none can remember anything like what they saw Monday afternoon.

"It was tough, it was a traumatic scene, a gruesome scene," said Terry Wright, Chief of Staff at the Franklin County Sheriff's Office.

As second-in-command, Wright has described the horror on Morgan Drive from a law enforcement perspective. But the human toll on the victim's family, the neighborhood, and Wright's officers is tremendous.

Perhaps most for the lone deputy who arrived on scene first to find 18-year-old Oliver Funez Machado moments after he said he decapitated his mother, Yesenia Funez Machado. The deputy found the teenager in the front yard with a large butcher knife in one hand and his mother's head in the other.

"You do not come to work that morning expecting to see what he saw. But he simply relied on his training and the subject did comply," Wright said.

So while Machado was booked on first-degree murder charges, the sheriff's office is preparing to bring in a team of independent counselors to help deputies emotionally cope.

It's called a critical incident stress debriefing -- essentially a group therapy session for all 20 first responders who were there.

Back in the neighborhood, residents are trying to cope too.

"It's scary and I feel so bad for the family," said Lacey Murray, who lives nearby.

Neighbors are trying to make sense of the crime as new details are revealed about the murder suspect. Court documents show his parents were supporting Machado after he dropped out of Bunn High School in December. He'd once held a job bagging ice at the nearby Foy Mart convenience store.

And, he was living in the U.S illegally.

But, none of that helps answer the question, why?

"What happened to spark this, what made this boy do this?" Neighbor Leona Smith asked rhetorically. "I mean there's obviously issues that we don't know anything about."

Court records show Machado was taking four separate medications to treat his psychosis, including schizophrenia. And the teen's court-appointed attorney told the court Tuesday, "I think mental health is going to be a huge factor in this."

The Franklin County District Attorney plans to take this case to the grand jury in April.

The sheriff's office will hold its critical incident response debriefing Wednesday evening. It will be a chance for those first responders to talk out what they saw in a safe place.