Franklin County teen killed mother 'Because I felt like it' 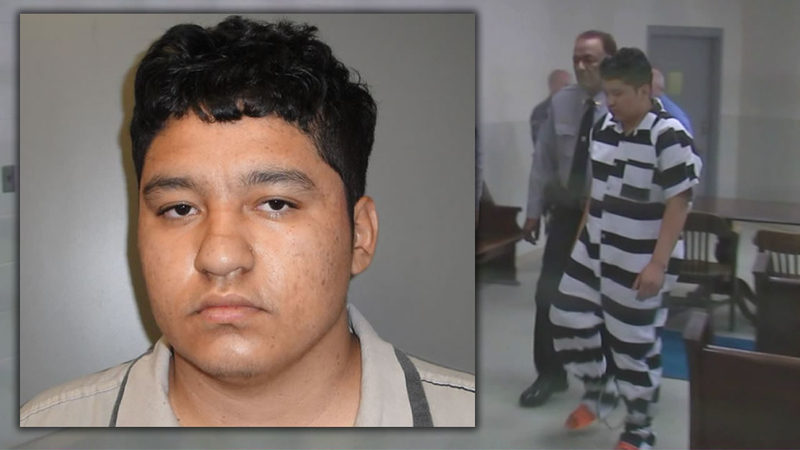 Teen killed mother because he felt like it, according to warrants

FRANKLIN COUNTY, North Carolina (WTVD) -- Search warrants in the case of a Franklin County teen who decapitated his mother Monday say he told a 911 operator he did it "because I felt like it."

Oliver Mauricio Funez Machado, 18, is currently being held in "safekeeping" as he undergoes a mental health evaluation at Central Prison while his case moves through the courts.

Machado is being held without bond on a first-degree murder charge after deputies say he killed his mother with a knife at their home on Morgan Drive near Stonehill Drive just south of U.S. Highway 64 Monday afternoon. The area is east of Zebulon - near the Wake County line.

ABC11 spoke to his father Wednesday. Walter Funez said his son had just left a mental facility last Tuesday. He called what his son did "monstrous" - saying no son should ever do that to a dad.

Speaking with ABC11 Wednesday, Machado's defense attorney spoke about the difficulty of a case like this.

"Certainly some cases are worse than others, but you just work through the issue and remember what your job is and your job is to make sure that the rules are followed and that your client gets the fairest and best resolution within the boundaries of the law," Boyd Sturges explained.

Sturges said he expects the case to center on Machado's mental state.

"Under our criminal justice system, a person's mental health can be relevant depending on a number of factors and that is what I think we'll be looking at going forward," he said.

Sturges said he doesn't know for how long Machado has suffered from mental health issues, and he's he's only gotten it second and third hand that the teen had been committed to mental health facility recently.

"The horrific nature of this particular crime would indicate this is not a normal situation. and so you would have to assume at least from the beginning that that (mental issues) might be a factor," he offered.

Deputies said two young girls found in the home were unharmed. A fourth child was at school when the incident happened.

Walter Funez said his younger children are now with him and are doing OK. He also said right now he is focusing on preparing funeral services for his wife. The community is planning a vigil in memory of his wife on Friday.