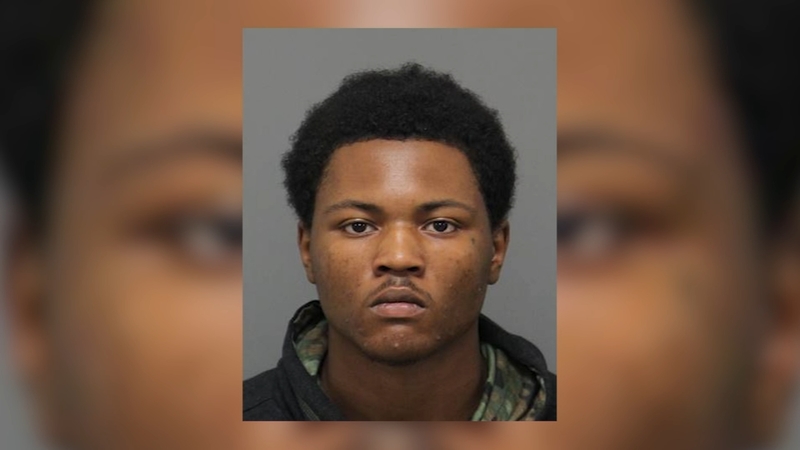 RALEIGH, N.C. (WTVD) -- A quick-thinking Raleigh woman is being credited with ending a robbery spree.

Raleigh police said it began Monday afternoon when a man made a purchase at the Dollar General at 7423 Six Forks Road.

According to a search warrant, when the clerk opened the cash register, the customer tried to take money out of the till.

In the search warrant, an investigators says when the clerk tried to shut the cash drawer the suspect yelled, "If you don't keep it open, I'm going to shoot you!"

After grabbing handfuls of cash, police said the suspect left the store then showed up 90 minutes later at Threading and Spa in the Paddington Station shopping center on Wake Forest Road.

He was wearing a mask this time and stole a necklace and cash.

A Raleigh woman, who didn't want to be identified, told ABC11 that on Tuesday morning she stopped to get bottled water at the BP convenience store on Capital Boulevard at Spring Forest Road.

"I walked in. I saw a guy who had his face covered. I thought it was too hot for what he had on," she said.

She grabbed what she needed and headed to the register waiting behind the strangely dressed man.

She says he casually left the store and she stepped forward.

"The guy behind the register just said that we just got robbed. So they told me that they couldn't sell me anything," she said. "So I just left and went to the Sheetz gas station."

The Sheetz is just a short distance away at Millbrook and Green roads.

On the way she called a friend to tell her about the BP robbery.

"I was like, 'You wouldn't believe what just happened to me.' And then I was still on the phone with this same person when I pulled up to the Sheetz station," she recalled. "I said, 'Oh my God. He's at this gas station, too.' I couldn't believe it."

She jumped back in her car and headed for the BP where she approached a detective investigating the robbery that had just happened.

"I said the guy that just robbed this store is at the next gas station, at Sheetz. He used his two-way radio to alert one of the officers to go down to the Sheetz."

Police said they nabbed 17-year-old Charles Thompson as he was attempting to rob the Sheetz.

That ended the crime spree.

Thompson was charged in three robberies and one attempted robbery.

And the alert customer at the two convenience stores was credited with the bust and congratulated by police.

"They shook my hand and told me 'thank you' and that they had been looking for this guy since the day before, which I didn't know anything about."