Woman hit, killed on I-85 in Durham after running away from DWI arrest 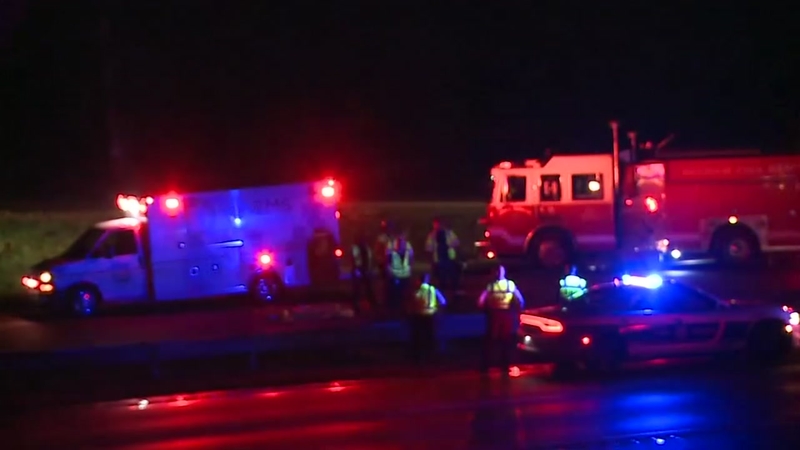 DURHAM, N.C. (WTVD) -- A woman being arrested for driving while impaired ended up dead after being hit by a car on an interstate in Durham.

A state trooper arrived at the scene of a crash and determined Destinee Michelle Abraham, 26, to be at fault in the crash.

As the trooper attempted to place Abraham under arrest for DWI, she resisted and ran off.

All lanes on I-85 Northbound are back open. #ABC11 pic.twitter.com/eFcFdUY7h8

She crossed the median and ran into the northbound lanes of I-85, where an oncoming vehicle hit her. Abraham died at the scene.

North Carolina State Bureau of Investigation is now looking into what happened.

The trooper involved in the arrest has been placed on administrative leave pending an internal investigation, as is SHP protocol for any death that occurs while the person is in custody.
Report a correction or typo
Related topics:
durhampedestrian struckpedestrian killedi 85dwi
Copyright © 2021 WTVD-TV. All Rights Reserved.
TOP STORIES
CDC expected to backpedal on some masking guidelines
'This is how I'm going to die': Officers tell Jan. 6 stories | LIVE
Simone Biles explains why she 'took a step back' from team finals
'Shocked and disappointed': Vaccinated Cary couple sick with COVID-19
Man pleading guilty to 4 of 8 Atlanta-area spa killings
'This virus is not a joke': FL girl, 15, with COVID on ventilator
Show More
Cary Fenton development announces new retailers
Crocodile bites 18-year-old and drags her into water in Mexico
LATEST: Percent of positive COVID tests jumps to 10.4%
Flood on I-95 causes multiple crashes, major delays
Person Co. woman with long-term COVID-19 symptoms urges vaccinations
More TOP STORIES News