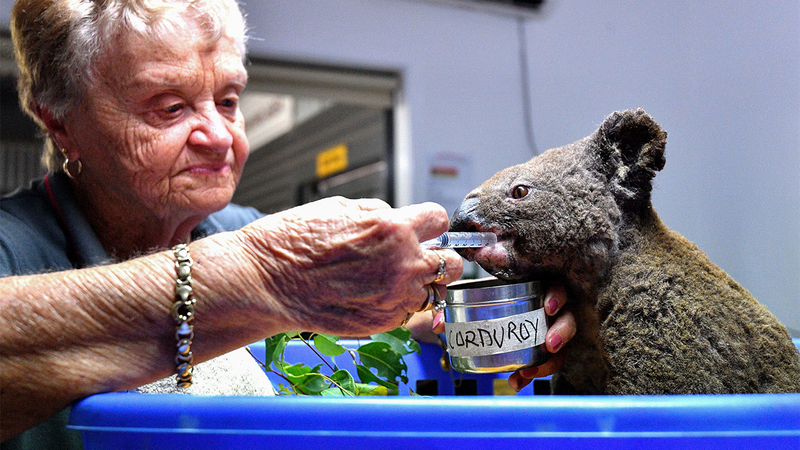 Koala's future hangs in the balance as fires ravage Australia

They're a national treasure, but the fate of Australia's koala population is hanging in the balance as deadly fires continue to rage across the country.

The chairman of the Australia Koala Foundation estimates that more than 1,000 koalas have been killed in the fires and over 80% of the species' habitat has been destroyed. Recent drought-driven bushfires and deforestation have caused koala population numbers to decline.

"Their main diet is eucalyptus...what's left is so dry they are not getting the full nutrients, so most of these wild koalas are struggling," Al Mucci with Dreamworld Wildlife Foundation told ABC News.

Many are urging the Australian government to pass the Koala Protection Act that was written in 2016. Koala lovers around the world have also joined the cause, with one hospital raising more than $1.5 million to care for the koalas.

"The bush is going to take a long time to recover, so these animals might be in our care for much, much longer," Mucci added.

Koalas climb high into trees during wildfires and survive if the fire front passes quickly below them. Koalas prefer coastal forests, which are being cleared for suburban expansion. Increasingly isolated koala colonies have become inbred and diseased.

Australia's wildfire season has made a particularly early and devastating start in the southern hemisphere spring due to above-average temperatures and below-average rainfall that has left much of the east coast in drought.

A couple found an injured koala sitting in a pile of ash in New South Wales, Australia, an area recently devastated by bushfires that killed at least four people and hundreds of koalas.