'Women of the Movement' looks back at kidnapping, murder of Emmett Till 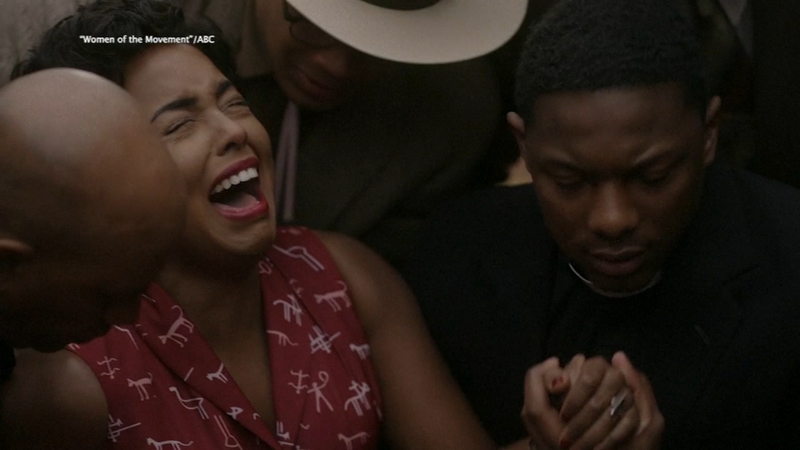 'Women of the Movement' looks back at Emmett Till murder

A new limited series premiering on ABC takes a look back at the brutal kidnapping and murder of Emmett Till back in 1955.

The focus of "Women of the Movement" is on his mother, the late Mamie Till-Mobley, and how she made her only son's death a turning point in the fight for civil rights.

The six-hour presentation shows how one woman's determination to seek justice had a profound effect on U.S. history.

"The death of my son has shown me that whatever happens to any of us had better be the business of all of us," she says in the show.

Sandy Kenyon has more on Alana Haim and the acclaim for her first film role in "Licorice Pizza," one of 2021's best films.

Till has been called "the Trayvon Martin of the 50s," a reference to another Black teen killed in 2012.

Till was just 14 years old and living in Chicago when he went to visit relative in Mississippi. He was accused of flirting with or whistling at a white woman, and an angry group went to the home where he was staying determine to do him harm.

His cousin, the Reverend Wheeler Parker, Jr., was 16 at the time and survived to bear witness to what happened.

"I was shaking like a leaf," he said at a recent screening of the TV show. "I heard the men talking outside at 2:30 in the morning. I said 'God, we're getting ready to die'...It was dark, darker then 1,000 midnights. I couldn't see my hand before my eyes, but when they stepped in with the flashlight and the pistol, I close my eyes to be shot. They didn't shoot me. They walked past me, went to the third room. They found Emmett, and that's the last time we saw him alive."

Rev. Parker was among a group of Till relatives who came to the screening to show their support for "Women of The Movement."

"It's very powerful," Till's cousin, Ollie Gordon, said. "I think it brings accuracy and validity to the story, and that's very important to my family."

Sandy Kenyon Talks to the stars of the hit ABC sitcom "Black-ish" as the show returns Tuesday for the first of the series' final episodes, with former First Lady Michelle Obama as

Her late aunt was Mamie Till-Mobley.

"We are so honored to have them part of the process with us," Warren said.

The person guiding the entire process was the creator of the show, Executive Producer Marissa Jo Cerar, who said that hearing the praise from family members is "all she ever wanted" after filming was over.