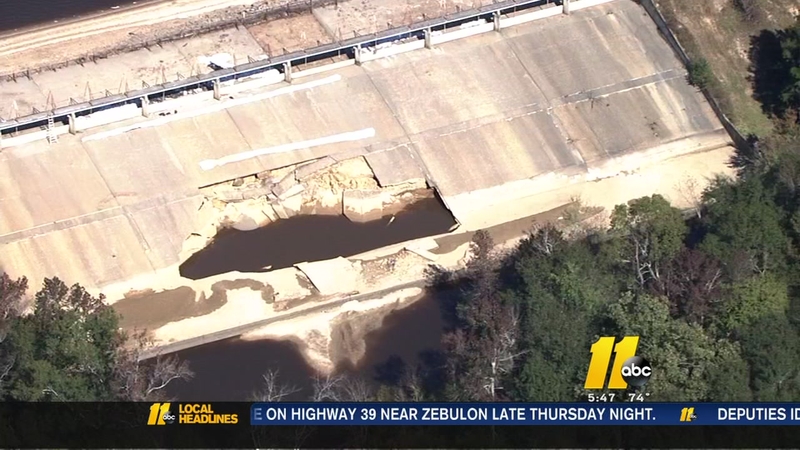 VASS TOWNSHIP, NC (WTVD) -- By definition, dams are barriers that stop water to create reservoirs and lakes. When they work, they're an integral part of making economies go, but when they fail there are devastating consequences.