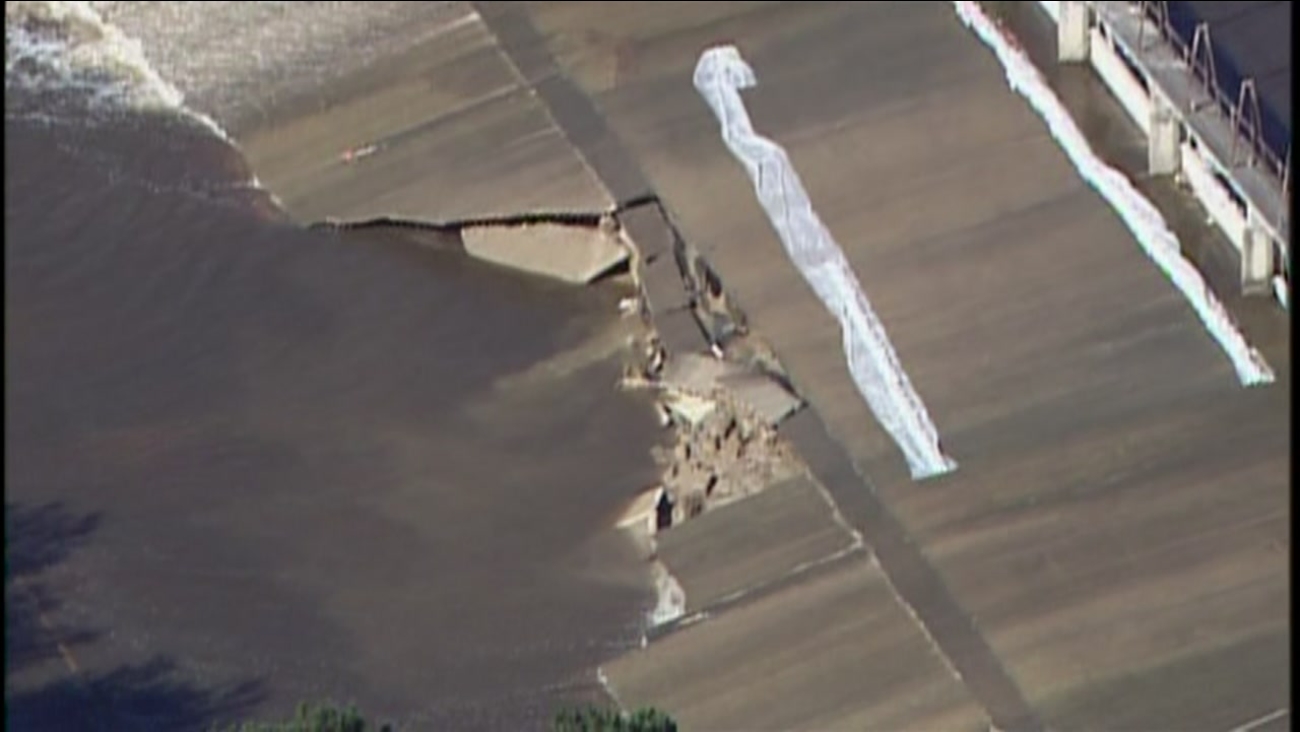 VASS TOWNSHIP, North Carolina (WTVD) -- Moore County residents begging for a fix to Woodlake Dam sustained another setback on Wednesday, as the engineering firm working for the dam owners terminated the contract.

Geosyntec, an international firm with field offices in Raleigh, was originally hired by Woodlake's owner Illya Steiner to work closely with state officials to fix the maligned dam that nearly failed during Hurricane Matthew.

The heroic efforts of the National Guard to sandbag the dam and save hundreds of homes downstream was one of the lasting images from the historic storm.

Geosyntec terminated the contract after dam owners failed to make a $270,000 payment.

Officials with the North Carolina Department of Environmental Quality confirmed Geosyntec's move to cut ties with Woodlake. The breakdown almost guarantees the dam will remain broken, fully empowering the state to enforce its many dam safety orders and citations issued to Woodlake during the past several years.

The last DSO, issued on November 17, mandated that the Woodlake must have had its engineers begin work on a temporary breach of the dam begin by December 8 and be completed by December 31, 2016. Additionally, the DSO gave the dam owners 91 days from the order's issue for engineers to submit complete plans for the repair of the dam.

Internal memos shown to the I-Team revealed even Geosyntec had yet to hear from Woodlake owner Steiner, or its manager, Julie Watson.

State officials say the case has been passed on to the Office of General Counsel, the first step in taking legal action against Woodlake.