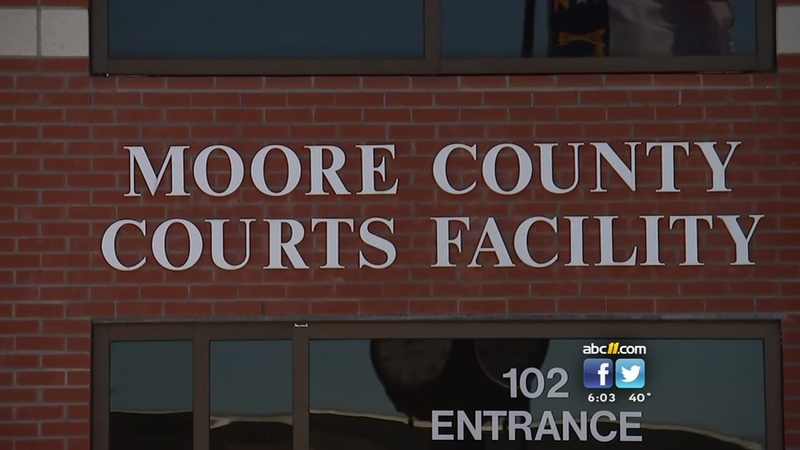 CARTHAGE, North Carolina (WTVD) -- "Are you able to hear and understand me?"

With that simple question, a Moore County judge sternly warned one of the owners of the maligned Woodlake Dam that the ownership group is officially out of chances -- after this one.

"Under oath, do you fully intend to comply with the order?" Judge James Webb asked Julie Watson, the local property manager who admitted Wednesday that she has a 50 percent stake in the property.

"Yes, we intend to fix the dam," Watson answered.

A new court order signed on Wednesday demands that Watson's words - again - be put into action. According to court documents, Woodlake is required to build a temporary breach in the dam, thereby allowing a constant flow of water in the case of a major flooding event, while also leaving a solid foundation to fully rebuild the dam in the future.

Under the terms, Watson - and Woodlake's other primary owner, Illya Steiner of Hamburg, Germany - has until April 10 (25 days) to share with the NC Department of Environmental Quality firm engineering plans to build a temporary breach in the dam.

A lawyer for the Attorney General's office told the ABC11 I-Team the new order, which was negotiated by the state with Watson, is "aggressive but reasonable."

The attorney also promised the state would report any violation immediately to the judge, and penalties would include time in jail.

Watson refused to speak to ABC11 on camera but vowed to welcome us to Woodlake in the future (we've never met her despite several previous calls and visits before). She told the court that Steiner, her business partner and financier, visited North Carolina last fall, and is the one responsible for sending the money needed to pay for dam repairs.

Also on Wednesday, Watson told the court she had been consulting with a lawyer, Raleigh-based Brian Darer, but Steiner hasn't sent any money to pay him.

An ABC11 I-Team investigation revealed a history of negligence on the part of the past and current owners - German investors Ingolf Boex and Steiner, plus Watson - and a failure on the part of the DEQ to enforce the many DSOs and notices delivered during the past decade.

"For anyone living on a lake or contemplating living on a lake - you can wind up in the same situation," David Watterson, a Woodlake resident and co-chair of the Restore Woodlake Committee, told ABC11. "It can happen to anybody, especially if dams are privately owned."