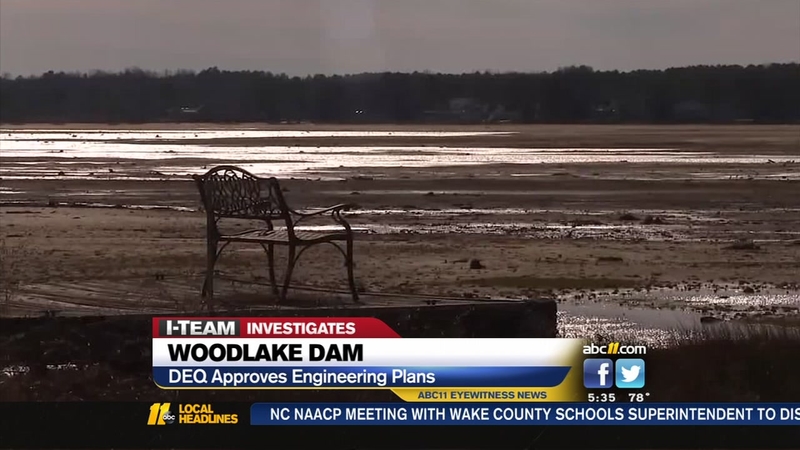 VASS TOWNSHIP, North Carolina (WTVD) -- Shovels haven't hit the ground yet, but this is a crucial step to make it happen.

State officials on Wednesday formally accepted engineering plans to build a temporary breach in the dam, thereby allowing a constant flow of water in the case of a major flooding event. The design could also leave a solid foundation to fully rebuild the dam in the future.

The ABC11 I-Team, which uncovered a history of negligence and lack of enforcement leading to the dam's demise, has been tracking the saga through court documents to validate the dam's owners' adherence to a judge's order signed on March 15.

Also as part of the court order, Woodlake has been submitting weekly updates to state officials with documented progress. An email to the Department of Environmental Quality obtained by the I-Team, dated April 4, says "Allied surveying is planning on starting the site survey tomorrow (Wednesday, 4/5/2017). The area around the spillway will be surveyed first. Preliminary analysis of the hydrology and hydraulics for the project and layout for the breach design is in progress."

"For anyone living on a lake or contemplating living on a lake - you can wind up in the same situation," David Watterson, a Woodlake resident and co-chair of the Restore Woodlake Committee, told ABC11 last month. "It can happen to anybody, especially if dams are privately owned."