UNC pays tribute to Woody Durham before tipoff vs. Syracuse 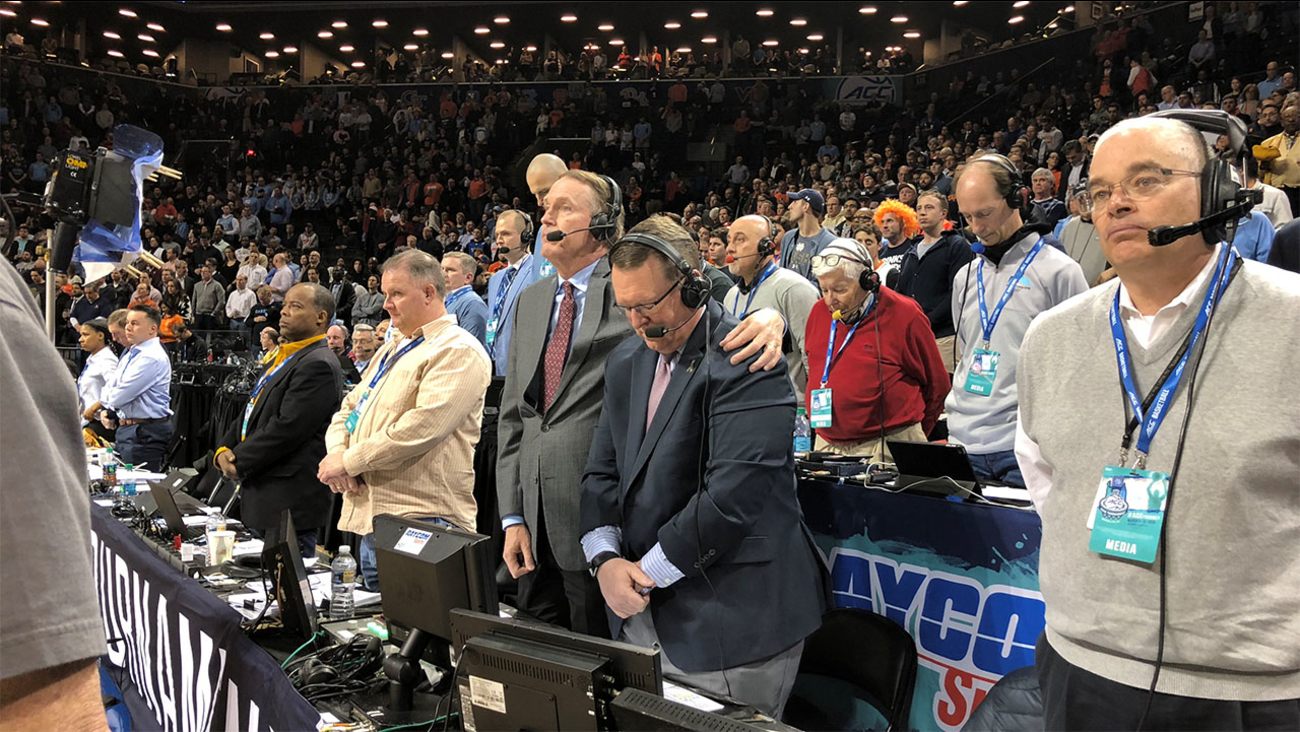 A moment of silence was held for Woody Durham before the UNC-Syracuse game Wednesday night. (Bridget Condon)

CHAPEL HILL, NC (WTVD) -- Woody Durham called UNC games from 1971 through 2011. He worked more than 1,800 games with a voice that became inextricably tied to some of the school's most unforgettable victories.

That included the 1982 and 1993 NCAA basketball championships under late coach Dean Smith as well as the 2005 and 2009 titles under Roy Williams.

On Wednesday night at the ACC Tournament in New York, No. 12 North Carolina warmed up for its game against Syracuse with white shirts that read "Woody" across the back.

UNC team has Woody on the back of their warmups to honor the passing of their longtime radio voice Woody Durham. #WoodyDurham pic.twitter.com/VOWq0c2Xva

Durham died early Wednesday at the age of 76.

A moment of silence was held before tipoff for the longtime legendary voice of the Tar Heels.

Wes Durham decided to stay in New York and work the rest of the ACC Tournament, which started Tuesday at the Barclays Center in Brooklyn.

"One, it's what he wanted me to do, to the point he told my mom that," Wes Durham said. "I'm doing it to honor him. Second part is, his love for this event was really, really strong. And I fell in love with the event because of his love for it and so this seemed right. And I knew when I left Monday morning that there was a possibility it could happen."

He said he would work through Friday's semifinals and leave Saturday. He was not scheduled to call the championship game Saturday night.

Roy’s over at press row looking for Wes Durham pic.twitter.com/6I6TNUBEfd