Man meets 81-year-old he befriended on 'Words with Friends' 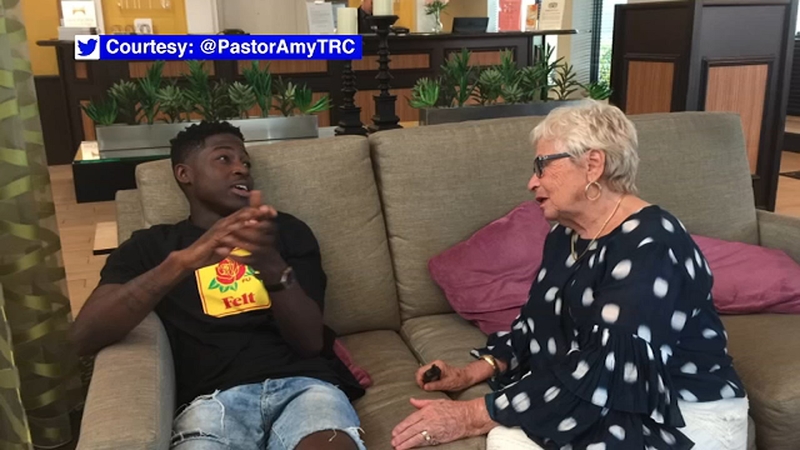 WEST PALM BEACH, Florida -- It was a heartwarming meeting between two people who built a friendship by playing the online game 'Words with Friends.'

A man named Spencer who is from Harlem in New York and in his 20s met a woman named Roz who is in her 80s and lives in Florida. Spencer tweeted they have played more than 300 games together.

Sweet day today with Spencer and his #wordswithfriends friend, Roz, watching them bond in person for the first time. #relationshipschangeus pic.twitter.com/9sW0ojE318

Thanks to the pastor of Riverside Church in Morningside Heights, they finally met face-to-face. The pastor arranged for a meeting in West Palm Beach on Friday.