'Somebody had to fight for our country, didn't they?': Oldest Lumbee WWII veteran turns 102 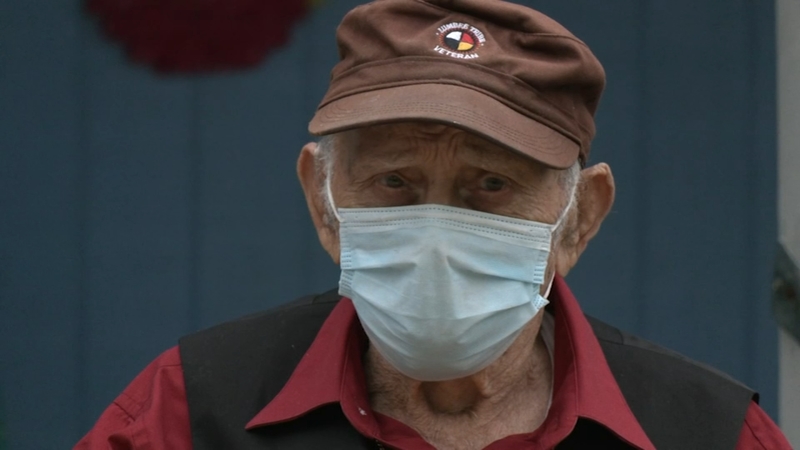 ROBESON COUNTY, N.C. (WTVD) -- Evert Locklear is believed to be the oldest Lumbee World War II veteran at 102-years-old. Overcast skies and light wind were in the forecast, but not even that would stop the Friday early afternoon celebration.

"Somebody had to fight for our country, didn't they? That's what it's all about. Regardless of what happened, it had to be done," Locklear said.

Locklear answered the call of the duty, leaving behind his wife and five children. The Lumbee Tribe of North Carolina and Lumbee Veterans Association recognized the elder with a proclamation and framed Lumbee Warriors patch.

"That patch symbolizes all the wars Lumbee warriors have fought in from World War I all the way to the current conflict in Iraq and Afghanistan," said Gary Deese with the Lumbee Warriors Association.

"It could never pay him for the job he's done and how he's paved the way for our people," said Lumbee Tribe Speaker Ricky Burnett.

Surrounded by his wife and a few children, Locklear graciously accepted this recognition. It was all a shock for the veteran who dressed up and sat on the porch with family because he thought he was having professional pictures taken for his birthday.