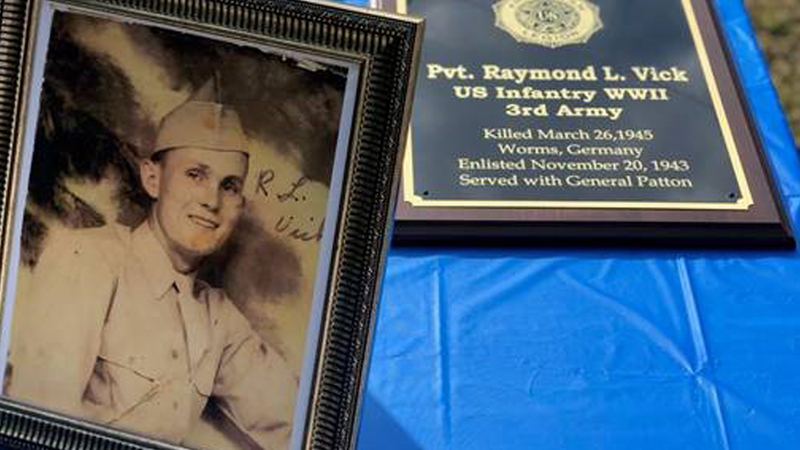 PINEHURST, N.C. (WTVD) -- World War II medals, missing for nearly 75 years, have been found and returned to the sister of a Nash County man who was killed in Germany.

Jean Brady was only 8 years old when her 19-year-old brother, Pfc. Raymond Vick, died serving his country. He was killed in Worms, Germany, two years after enlisting in the U.S. Army.

Vick's last letter home was written three days before his death. In the letter he described taking German Soldiers as POWs.

Brady still keeps her brother close to her heart. She has a collection of artifacts from his short life, but the collection has been missing two very important items: his World War II Victory Medal and his lapel pin for honorable service.

During an annual Ronald Reagan Dinner, a fundraiser put on by Moore County GOP, Brady got the chance to speak with her Congressman, Rep. Richard Hudson.

She told him about her brother and her continuing search for his missing medal and lapel pin. Hudson offered to have his staff track them both down.