'I thought I was going to save her:' 9-month-old girl found dead inside Youngsville home, police investigating 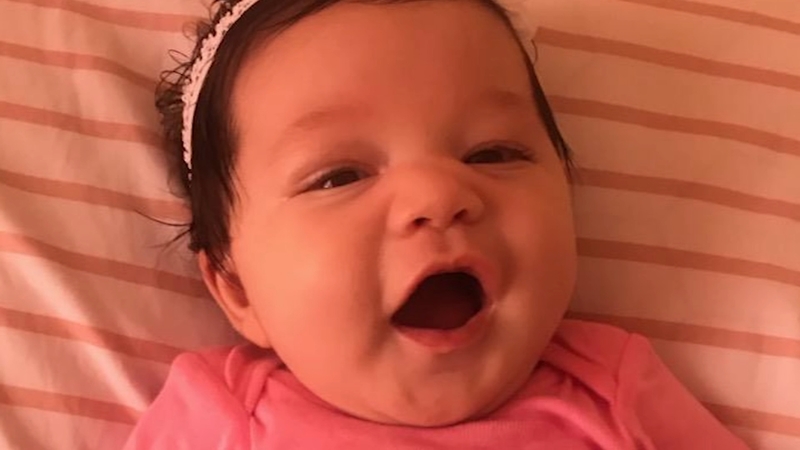 YOUNGSVILLE, N.C. (WTVD) -- The Youngsville community is mourning the tragic death of a nine-month-old girl who was found unresponsive at a home on Monday morning.

Police and EMS found a 9-month-old girl unresponsive around 12:17 a.m. at a home on East Main Street. Attempts to revive the infant were unsuccessful. She was taken to WakeMed Hospital, where she was pronounced dead.

"The grandmother was woken up to the screaming and she saw the baby unresponsive," a neighbor who did not want to be identified told ABC11. "And at that moment, the police were already outside and they all had to come outside so they could work on the baby."

"The baby's mother was in so much disbelief," the neighbor said. "She was outside walking erratically. It's like she couldn't understand what was happening. She was very, very lost and disoriented. And I figure it was from the loss, the pain and the shock. She was in a lot of shock."

According to the incident, the child's cause of death was recorded as cardiac arrest.

"The loss of any life, let alone one so new to this world, is tragic," said Police Chief Greg Whitley. "We ask that our community members respect the family's privacy during their time of grief and have patience as officers continue their investigation over the coming days."

Whitley says the girl had been in her father's care while the mother, Brittany Franklin, was working a late shift at work.

When Franklin came home from work and finished changing clothes, the child's father handed over the baby's lifeless body and didn't say anything. The family immediately called 911.

The family plans to bury baby Briana on Saturday. In the meantime, the family awaits an autopsy exam and a toxicology report that will give more details.