Study finds even a single football season can affect brain 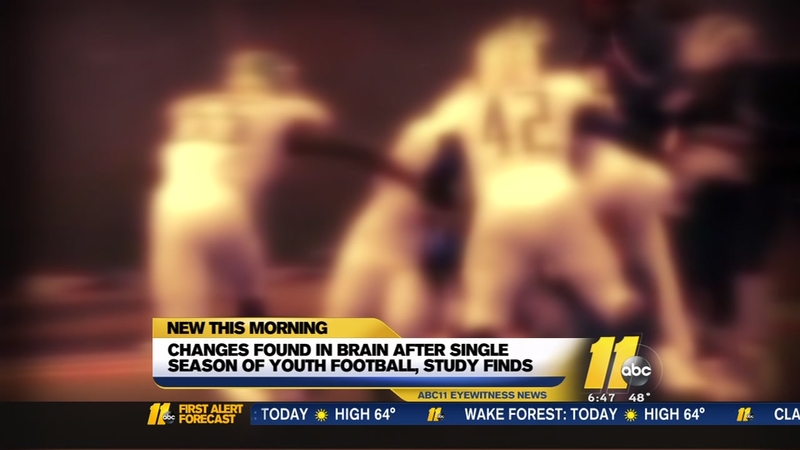 Study finds even a single football season can effect brain

Researchers have found evidence that even a single season of football may affect certain aspects of a young athlete's brain, according to a small study published today in the medical journal Radiology.

The study suggests that the cumulative effects of sub-concussive head impacts -- those that are not sufficiently forceful to cause a concussion -- might lead to detrimental brain changes in young players.

Researchers from multiple institutions, including Wake Forest School of Medicine, examined the brains of 25 participants in a youth football league to see if they could find any disruption in the brain after a single football season.

The long-term effects of head trauma are increasingly being studied by researchers as more and more former professional athletes have been found after their deaths to exhibit signs of CTE, or chronic traumatic encephalopathy. CTE is a degenerative disease that involves a buildup of the abnormal protein called tao, which is also found in dementia patients and is associated with a breakdown of brain tissue.

It's believed to be caused by repetitive trauma to the brain, especially concussions, according to the CTE Center at Boston University, and symptoms include memory loss, confusion, impulse control problems, aggression, depression, anxiety and progressive dementia.