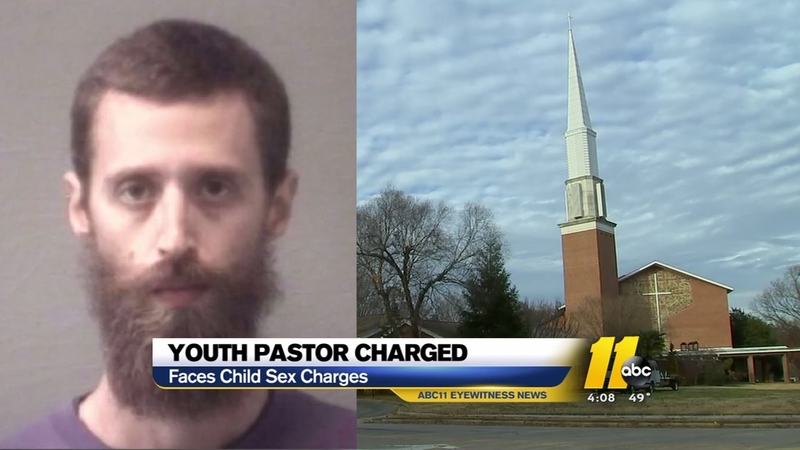 WILMINGTON, N.C. (WTVD) -- Court records indicate a Florida woman who found nude photos of an adult male on her son's cellphone was able to trace the sender's telephone number back to a New Hanover County youth pastor.

The StarNews of Wilmington reports that, according to an affidavit, the mother had a parental control option on her 11-year-old son's cellphone. She was notified by Verizon that an unknown number was contacting her child. When she searched the number on Facebook, she found it was linked to the page of Tyler Simkus Smither.

WWAY-TV reports that according to his Facebook page, Smither is from Raleigh, where he also served as an intern and youth leader at a church.

The 30-year-old Smither is charged with two counts of indecent liberties with a child. Jail records show he is free on $100,000 bond following his arrest on Dec. 2. He has been fired from his job at the church.