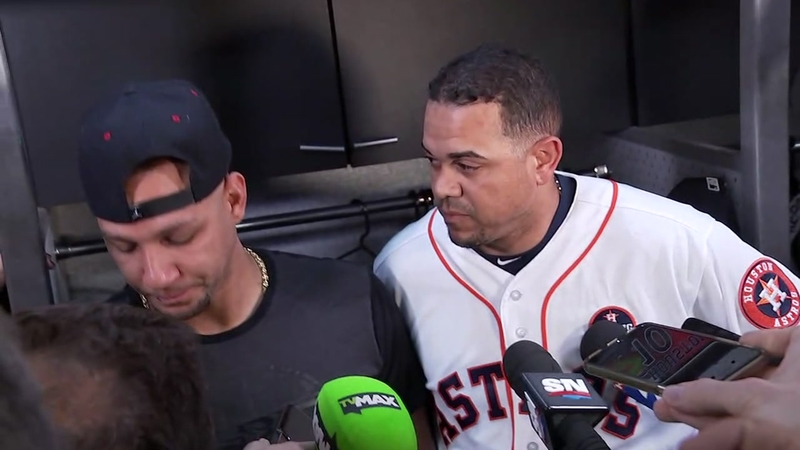 HOUSTON -- Yuli Gurriel has avoided a suspension during the World Series for an inappropriate gesture during Game 3 of the World Series. He will be suspended the first five games of next season without pay.

The Astros released the following statement:

The Astros have released the following statement: pic.twitter.com/BKo6b1CLV7

But much of the talk on social media after Game 3 of the World Series was about a gesture he made a short time after that some say was racist.

Gurriel appeared to slant his eyes in an apparent reference to Darvish's Asian heritage.

After the game, Gurriel said he didn't know the gesture was offensive.

"I didn't mean to offend anybody," Gurriel said through his translator. "In Cuba, we call everybody who is from Asia, Chino. We don't call them Japanese or Chinese. We call them Chino."

Astros manager A.J. Hinch said he was made aware of the gesture.

Darvish responded to the gesture.

"Houston has Asian fans and Japanese fans," Darvish noted through a translator after the game. "Acting like that is just disrespectful to people around the world."

Dodgers pitcher Yu Darvish speaks about a racist gesture made by the Astros' Yulieski Gurriel after Game 3 of the World Series in Houston on Friday, Oct. 27, 2017.

He then called for Gurriel to learn from the mistake.