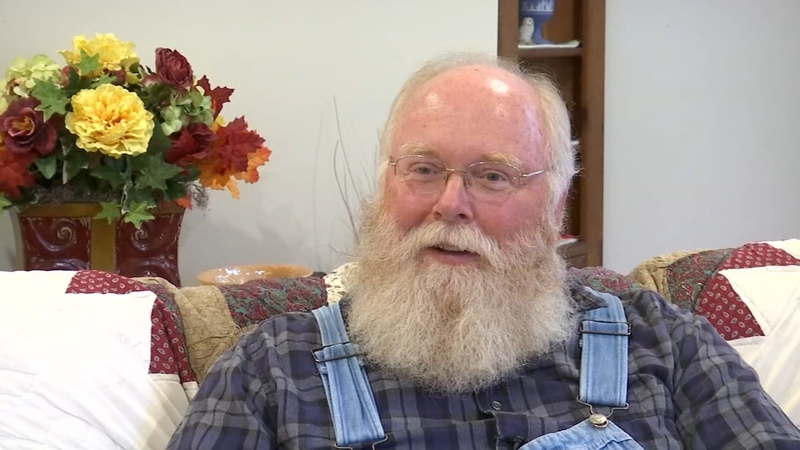 ZEBULON, N.C. (WTVD) -- John Middleswarth's good deeds are well-known throughout Zebulon. For years, he has walked throughout the town, collecting litter from streets and edges of people's yards. His work connected him with Lt. Ashley Dixon with the Zebulon Police Department, when he was named "Citizen of the Year" by the department in 2016.

That relationship is a key reason why he is offering to help Dixon's father, Mark Byrd, despite the fact that he does not know him.

"Just knowing someone personally doesn't necessarily draw a perimeter on me reaching out to people. It never has," said Middleswarth.

On September 14, Byrd and a friend were loading a race car into an enclosed trailer when they noticed a problem with the fuel line. Moments later, there were a series of explosions, leaving Byrd badly injured.

"My heart breaks for him," Middleswarth said.

Byrd has been in the UNC-Chapel Hill Burn Center ICU ever since, as he's recovering from burns to 60 percent of his body.

Though the family has set up a GoFundMe, Middleswarth wanted to contribute in his own way.

"You would think a 6'2 truck driver for 37 years would be tougher than I am, but I have a soft heart, and it's gotten softer as I've gotten older," Middleswarth explained.

On Wednesday, he is going to walk 25,000 steps around town collecting litter, asking people to pledge $1 for every 1,000 steps.

"I see two daughters and I see a wife who have taken this tragedy and they have framed it their love and with their faith. And they've come together as a family," said Middleswarth, who added that he has received a lot of pledges so far.