Cary man ordered out of courtroom after outbursts in terrorism case 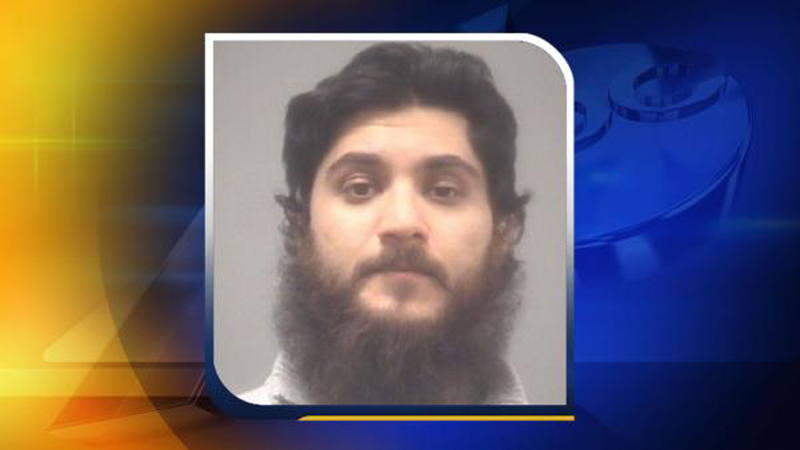 Cary man ordered out of courtroom after outbursts

RALEIGH (WTVD) -- A Cary man accused of being a terrorist had to be removed from a federal courtroom Tuesday morning following outbursts.

Basit Sheikh was arrested at Raleigh Durham International Airport on November 2, 2013 trying to board a plane for Lebanon.

Sheikh is charged with providing material support to a terrorist group. Prosecutors say he tried to join a militant group linked to al-Qaida.

On Tuesday, a hearing to determine whether the 31-year-old was fit to stand trial got off to a late start because jailers had a hard time getting him out of his cell.

Once in the courtroom, Sheikh walked in yelling and screaming in another language. He then started rambling and spoke some English as he picked up a microphone and screamed.

The judge said that proved Sheikh has a mental disorder and could not participate in the hearing. Sheikh disagreed, but was ordered out and eventually had to be lifted out by U.S. marshals.

Basit Javed Sheikh ordered out of courtroom after outbursts. #ABC11Eyewitness

During Tuesday's hearing, three health professionals recommended Sheikh be medicated so he could participate in the court proceedings.

In June, a federal judge had ruled Sheikh was not mentally fit to stand trial. A year earlier, it was determined that he suffers from Schizophrenia. His defense attorney has said that Sheikh was refusing medication.

Sheikh is being held at a secured housing unit in Butner after a judge ordered him to the mental facility there in January 2015.

His defense and federal prosecutors have been wrangling for months over his mental competency.

In 2014, he was found competent to stand trial, but his defense requested a second mental evaluation.

According to court documents, Sheikh has cut off contact with his family and refuses to leave his cell.