1 man dead, brother still missing after getting swept away in Cape Fear River 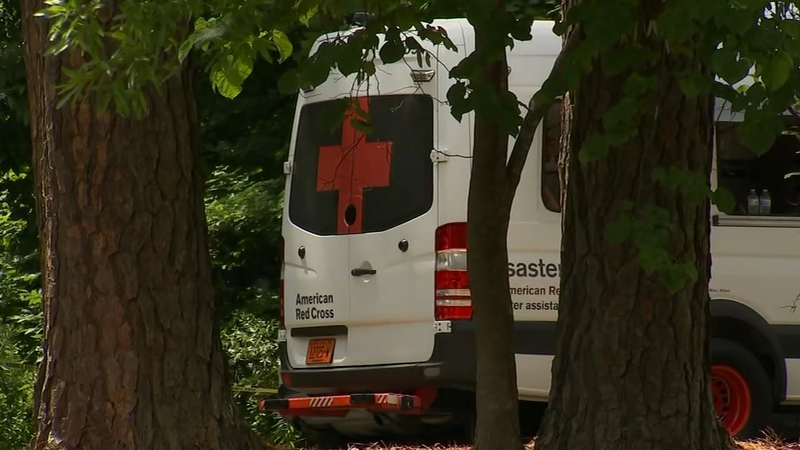 ERWIN, N.C. (WTVD) -- Two brothers were swept away by the currents of the Cape Fear River during severe storms Monday, leaving one man dead and the other missing.

A family friend told Univision that six people were fishing Monday around 3:30 p.m. in the town of Erwin in Harnett County.

The Harnett County Sheriff's Office said two of the people, Emilson Ordónez, 29, and his brother Edwin, 24, were swept away as they were trying to get to an island to fish.

Emilson was a father of four children. His body was found Monday night, 300 yards from where he was swept away. The search for Edwin resumed at 6 a.m. Tuesday.

Both lived in Dunn.

Crews took a break midday Tuesday after searching the Cape Fear River for several hours. Search teams have resumed the search for Edwin, and are now looking further up the river.

Noticias 40 reports the brothers were trying to cross to the other side of the river, but the water was deep and one of them started to drown. The other brother tried to rescue him and the two were swept away.

The father of both men was also among the fishing group and was caught up in the current. He was taken to a nearby hospital.

The family is waiting to learn more. They're sitting near a Red Cross emergency staging area as crews continue to search.

"I can't imagine; I see the pain in their eyes, I can't feel the pain they're having, and what I've tried to do with the family is I come back and update them on what's going to keep them informed," said Harnett County Sheriff Wayne Coats. "And again, all I'm asking is to pray for this family because I can't imagine losing two kids in a day's time."

The Ordónez family is originally from Honduras.