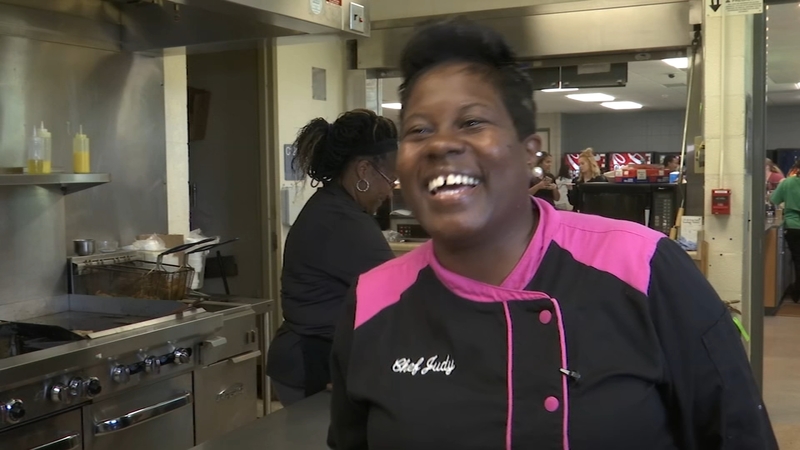 FAYETTEVILLE, N.C. (WTVD) -- A Cumberland County chef continues to make a name for herself on the national level with a recent win on a Food Network show earlier this week.

The local celebrity went up against several other chefs but said the nerves slowly went away as the competition carried on.

"My confidence kicked in, and I knew that I would win," Cage said.

Along with her appearance this week, Chef Judy has also competed in "Chopped," "Cutthroat Kitchen," and "Restaurant Impossible."

TONIGHT AT 10/11: Meet Chef Judy! She is a local celebrity, in Cumberland County, who won big on a Food Network show that aired this week. Find out what makes her food so delicious and hear about her journey on @ABC11_WTVD 👩‍🍳👩‍🍳👩‍🍳 pic.twitter.com/FR0uIyXh0n

Chef Judy grew up loving to cook with her friends and family in Chicago. She began sharpening her cooking skills when she joined the military at 17.

There, Chef Judy served as a food-service specialist for six years, eventually moving up the ranks and going under the wing of French chefs.

Since then, Chef Judy has opened three restaurants: Upton's Chicken and Waffles at Stryker's Golf Course, Let Me Cater To You at Pope Army Airfield, and Chef Judy's Jaguar Grill at Johnston Community College.

Each restaurant has its unique style of food options. The chef has also accumulated her fair share of awards and recognition.
Clara Harrison, a Public Speaking Instructor at Johnston Community College, said she's been going to Chef Judy's Jaguar Grill since it first opened about two years ago.

"They have excellent breakfast. I love to come in the mornings. Their grit bowls are fantastic. It's just a great way to start your day," Harrison said.

The secret to Chef Judy's success: love and hard work.

"Cooking with love is really one of the key elements to my success," Cage said.

From here, the chef told ABC11 that she is only looking up, with a fourth restaurant set to open soon.