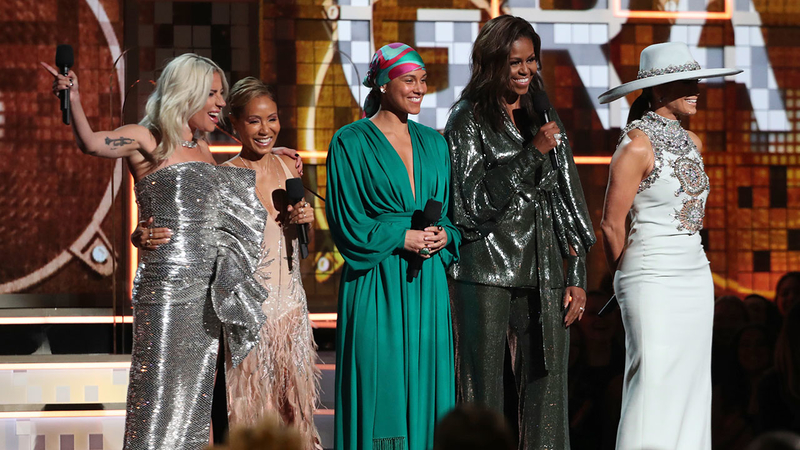 PHOENIX -- It appears Michelle Obama received a reality check from her mom following her appearance at the Grammys.

Just minutes into Sunday night's telecast, host Alicia Keys welcomed Obama, Lady Gaga, Jennifer Lopez and Jada Pinkett Smith to the stage. One by one, the group, which sent social media into a frenzy, sounded off on the unifying power of music and what it has meant to them at various points in their lives.

When the camera panned to Obama, the audience burst into an extended bout of applause, prompting her to remind the audience "we've got a show to do."

Obama's mother Robinson was less impressed with her daughter's appearance, writing: "I guess you were a hit at the Grammys."

Her daughter asked mom if she had watched. Mom replied she saw it and then asked if her daughter had met "any of the real stars."

Mother and daughter then quibbled over whether Obama had told her she would be on.

Obama ended the exchange by writing "And I AM A real star...by the way..."