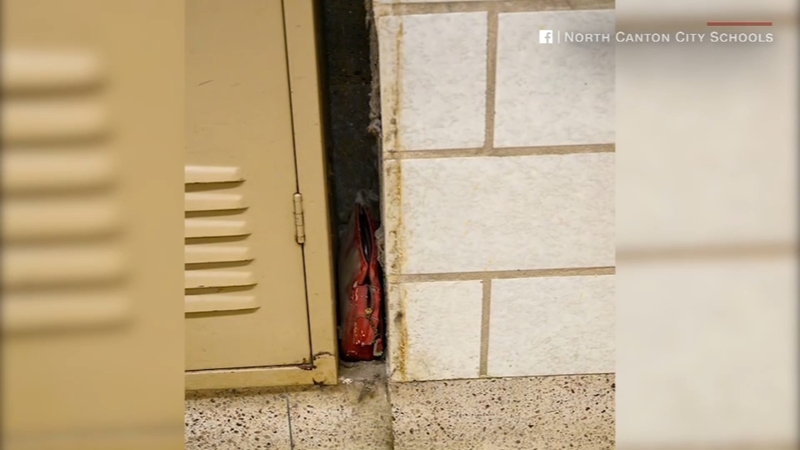 NORTH CANTON, Ohio (WTVD) -- A long lost purse found stuck between a set of lockers and a wall at an Ohio school is like a time capsule from the 1950s.

It was found in 2019 by a custodian making repairs at North Canton Middle School. It was discovered that the purse covered in dust belonged to Patti Rumfola, a former student who lost it in 1957.

Rumfola died in 2013, but the purse's contents gave her family a glimpse into what her life was like as a teenager at then Hoover High School.

The purse also held membership cards and 26 cents which became special keepsakes for her children.

The school said each of Rumfola's five children kept a penny from their mom's purse.