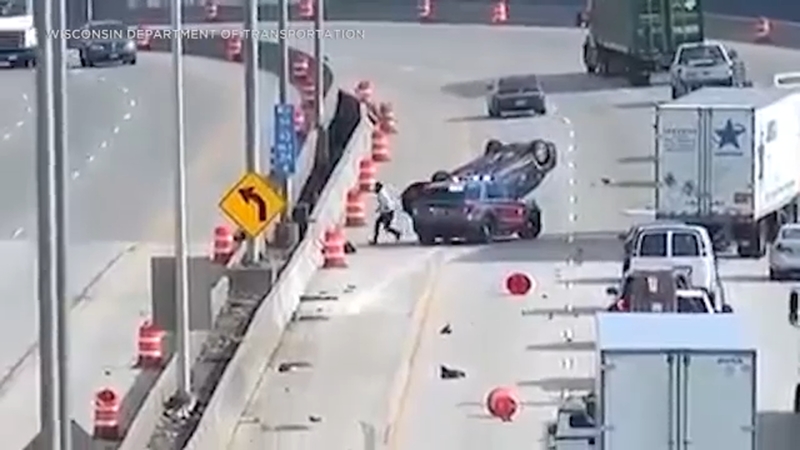 MILWAUKEE, Wis. -- An out-of-control driver crashed into the center divider on a Milwaukee freeway, causing the vehicle to land on its roof.

The driver's 4-year-old son was also in the car. As the child was being placed in a police officer's car, the father jumped over the concrete median and crossed three lanes of traffic to escape.

The father was later found and arrested. He now faces five felonies, including neglecting a child.

A loaded AK-47 was found in the crashed car.