How Sports Diplomacy United Fans from North and South Korea 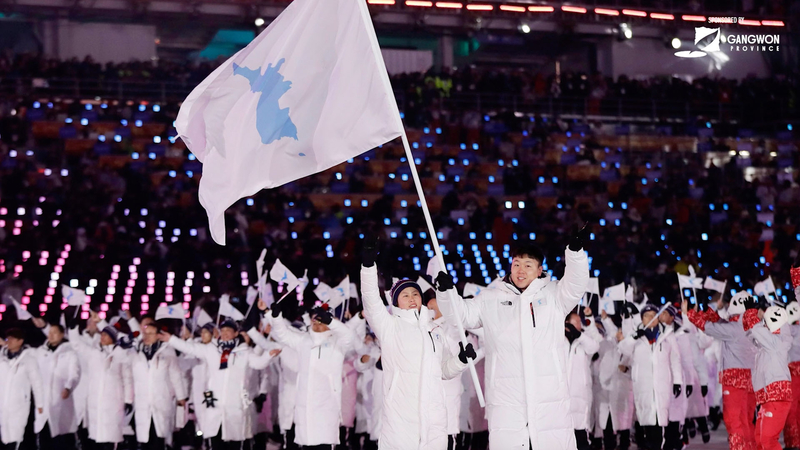 How Sports Diplomacy Could Unite North and South Korea

NEW YORK -- Throughout history, sports have played a pivotal role in fostering peace between nations, even within the historically tense relationship between North and South Korea.

At this year's PyeongChang Peace Forum, we spoke with experts about the role of international sporting events such as the Olympic Games, not only inspire patriotism but community and comradery between nations as well.

"Athletes work very hard to participate in the Olympic games. Regardless of whether they win or lose, they feel like they are in the same combat," notes Kim Kyun Sung, Chairman of the YOG Support Committee.

The 2018 PyeongChang Olympic games also featured a united North and South Korean women's hockey team, the first time the two nations had competed together in the game's history. This was a start, but the work to bring peace to the Korean Peninsula still continues in 2022, especially as the war in Ukraine pushes international tensions to the brink.

Looking to the future, leaders in South Korea hope to hold the 2024 Youth Olympics in the combined province of Gangwon, which was split into two provinces in 1945 by the Military Demarcation Line and the Korean Demilitarized Zone, commonly known as the DMZ.

"If the 2024 Youth Olympics can be hosted by two countries, then there should be a road open between the two Gangwon provinces," explained Sung.

The PyeongChang Peace Forum is an international conference that aims to bring peace between North and South Korea and foster diplomacy through dialogue, music, and sports. Its held annually in February to help maintain the spirit of the 2018 PyeongChang Olympics.