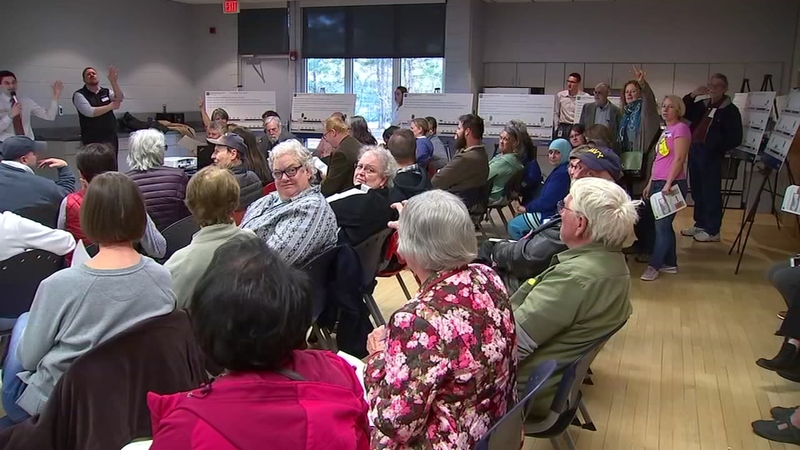 RALEIGH, N.C. (WTVD) -- The City of Raleigh is apologizing to residents after a military training exercise caused panic last week.

The loud booms rattled nerves in the Brentwood and Starmount neighborhoods.

Dozens sounded off to the city manager and city council in a meeting, which was initially scheduled to talk about improvements to Capital Boulevard.

"When I called 9-1-1, my heart was going so fast I thought I was going to have a heart attack," said one woman.

"The only thing that would've been good out of that is if there had been an actual bomb dropped on that building," said Jane Dittmer, who lives in Starmount.

City officials said the exercise was conducted by the U.S. Army Special Operations Command. They said the Army approached the owner of the abandoned Capital Plaza Hotel on Capital Boulevard, who then asked the city to use it for training.

The city signed off on it, knowing that the Army wanted to keep it under the radar as possible.

Many residents voiced frustration about that lack of notice and let alone the exercise itself.

"I thought there were literally bombs going off," said Dittmer. "It was disturbing. It was enough that it was shaking people's homes. There was no one who was telling anyone in Starmount what to be expecting. No word was put out except that small parameter with fliers in the area and this just doesn't fly."

Sources told ABC11 that the kind of operation performed on Thursday was "common and routine." The Army has recently conducted similar training in Los Angeles, Dallas, Las Vegas, Chicago, Boston and Miami.

According to the Army, using abandoned structures in urban settings and not on posts like Fort Bragg allows for advanced training opportunities in "unique terrain soldiers are not accustomed to."

The training, they say, also "enhances readiness" for future deployments. Army officials would not say whether or not they pay the city or property owner for the use of the space.

"U.S. Army Special Operations Command is grateful for the support we receive from multiple community leaders in Raleigh and around the United States in order to routinely conduct training in a variety of urban settings," a statement read. "These types of training events are necessary to maintain the readiness for the Army Special Operations Soldiers who are called upon to answer the nation's call."

The abandoned hotel is owned by CB Hotel LLC, which owns the DoubleTree Hotel in Fayetteville. The property on Capital Boulevard is currently delinquent on its taxes.

ABC11 reached out to the property manager but did not hear back.

Raleigh Police were also involved in the training exercise.