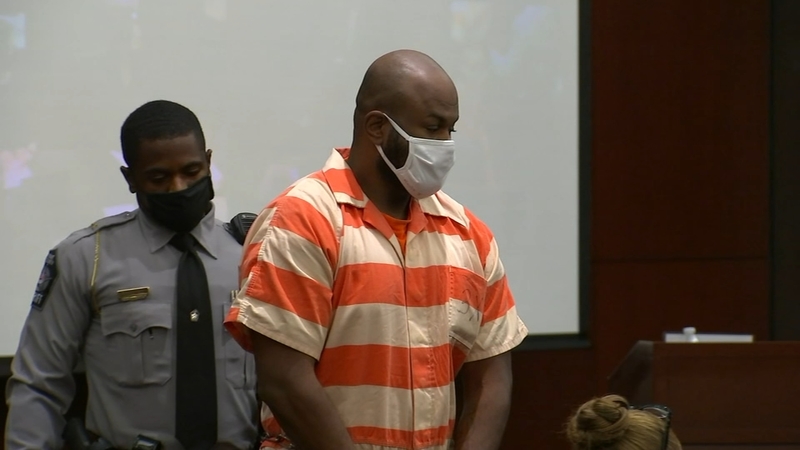 RALEIGH (WTVD) -- The Virginia man now charged in the murder of Andy Banks appeared in court on Friday to face his latest charge.

Justin Fernando Merritt, 34, is being held at the Wake County Jail without bond.

He appeared in court earlier this week on charges of larceny of a motor vehicle, robbery with a dangerous weapon and possession of a firearm by a felon.

Those charges were in connection to the theft of Banks' SUV -- a 2011 silver Range Rover.

The two apparently met through Craigslist when Banks went to meet Merritt in Cameron Village on Saturday to sell his car.

Banks was reported missing hours later by his friends.

The Range Rover was found Monday afternoon in Danville, Virginia. On Tuesday, Merritt, was arrested and charged in the theft.

On Thursday, a body believed to be that of Banks was also found in Virginia.

"Andy would have gladly handed them the keys to that car if it meant he got to live," friend Cliff Cash told ABC11 on Thursday upon hearing the news. "

Friends told ABC11 on Friday, if nothing else, they're happy someone was caught.

"Hopefully, it will bring closure and he will not see the light of day here. In my heart, I hope that," said Holly Haygood.

She grew up with Banks near Gastonia.

"Andy was the definition of fun," she said. "He was always the life of the party. He was never in an ill mood. He will really be missed and is cherished with everyone that he came in contact with"

Friends have started a remembrance page on Facebook and 4,000 people have offered support.

One person reflected on how Banks was "goofy and had quirks, which made us love him more."

Another person said she was "heartbroken."

Authorities are not sharing how Banks was killed or in which state it happened.

The family is asking anyone who would like to offer condolences to send them to the following address: