What went wrong with the Paycheck Protection Program 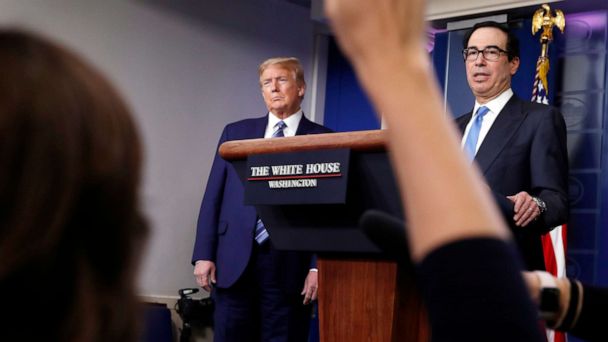 When the United States Treasury first announced plans on March 27 to grant small businesses $349 billion in forgivable loans, known as the Paycheck Protection Program (PPP), it sounded like a powerful and necessary tool for the nation's 30 million small businesses. Many had already been closed for weeks, and sales ground to a halt.

The program was so popular that it ran out of money in 13 days.

Since then, Congress has appropriated $310 billion in additional loans. On Monday, April 27, the SBA starts accepting applications again.

Here's an inside look at what happened with round one and what's happening now.

When the PPP first went live, community banks were uniquely aware of the need. Their customers -- local restaurants, coffee shops, hotels, construction companies, retailers and factories -- were some of the hardest hit by shutdowns. Many of those small businesses had been shuttered for weeks and were desperate for a lifeline.

There was just one problem. "When the PPP was rolled out, we didn't have the rules," said Dave Nelson, CEO of West Bank, a community bank based in West Des Moines, Iowa, serving small business customers in Iowa and Minnesota. "But we knew our customers. These are our friends, our community. We see them at baseball games and church and we wanted to help. So we jumped in deep and we launched the beast without the rules."

Nelson gathered his 175 employees and repurposed the bank into what he calls an "SBA loan factory." The bank's entire focus -- working around the clock -- would be getting those PPP loans for small businesses in neighborhoods throughout Iowa and Minnesota.

Nelson and his employees put the word out to everyone in need.

"Customers started showing up delivering their applications like bundles of newspapers," Nelson said.

Collecting the right information, auditing thousands of quickly thrown together documents, and doing it all under the extreme conditions of the coronavirus pandemic presented several challenges, but the biggest challenge by far, was submitting the paperwork.

To apply for PPP loans, banks submit the data, completed by borrowers, to the SBA for approval. It's all done through an online portal called E-Tran. E-Tran had issues from the outset.

Many banks, including more than a third of community banks, according to the Independent Community Bankers of America (ICBA), couldn't access E-Tran the day PPP launched. Since the $349 billion worth of loans, doled out on a first come, first serve basis, were going to whoever could fill out the forms fastest, banks without access were in a predicament.

After years of working closely with the SBA, West Bank was locked out of the E-Tran system on the first day, a Friday. According to Nelson, Sen. Joni Ernst helped West Bank get the SBA to unlock its password over the weekend. From then on, Nelson said access to the E-Tran system was sporadic, so he established night shifts to access the system when the usage wasn't as high.

Nelson described what came next as "a race."

He assembled a team of what he called his "E-Tran fighter pilots," bankers literally charged with entering data into the E-Tran portal as quickly as possible. For West Bank and many community banks, the whole process was done by hand. "Whoever has the fastest fingers gets the money," Nelson said.

On a typical day, West Bank closes about a dozen loans. With PPP, they hit a record: 226 closings in a single day.

But something troubling was happening with the approvals. The loan terms E-Tran was spitting back were clearly incorrect, according to Nelson. With SBA-guaranteed loans, both borrowers and lenders have terms they need to live by, these weren't lining up with what the Treasury had outlined. "We had to accept on blind faith that the program as it was outlined by Treasury, was the program we and our customers were actually signing up for," said Nelson.

Through this process, Nelson said West Bank got 600 applications "across the finish line." His customers -- local restaurants, factories, hotels, manufacturers, retailers, "some of everything," he said -- received a total of $207 million in loans from the SBA. When the money dried up, there were still 150 applications from West Bank customers waiting in the queue.

What to know about coronavirus:

Now, with an additional $310 billion in PPP loans up for grabs, Nelson and his staff are preparing, yet again, for another race. They'll hit the E-Tran portal the minute the SBA turns on the spigot on Monday.

Nelson believes this second round of funds will run out even faster, within four to five days. He's thankful this appropriation includes $60 billion set aside for small banks -- banks which will largely do the whole process old school, by hand while bigger banks have more up-to-date technology and personnel.