WTVD
By Andrea Blanford
CARRBORO, North Carolina (WTVD) -- As Carrboro police decide whether to file charges against a daycare worker accused of breastfeeding a baby without the mother's permission, the district attorney is laying out potential legal implications of the case.

Kaycee Oxendine says last Friday, a fellow daycare worker at Carrboro Early School where she teaches pre-k, asked if she could breastfeed Oxendine's 3-month-old son who was constipated.

Oxendine said she told the woman no, twice, and then left the nursery. Oxendine said moments later, the woman was captured on the daycare's security camera adjusting her top and holding the baby to her chest for several seconds.

Oxendine said her son was born prematurely and had never had breastmilk until that day. He became sick that night and Oxendine rushed him to the emergency room at UNC Hospital.

Now, Oxendine is concerned for what may have been transmitted to her baby. She shared a letter with ABC11 from a doctor at UNC Hospital, urging the daycare worker to be tested for certain diseases. Oxendine said the daycare's director delivered the letter to the worker who was fired on Friday.

The director, Daron Council, reported the incident to the NC Dept. Of Health and Human Services.

Murphy said records on file with the Division of Child Development and Early Education show the staff member in question meets qualifications to work in childcare and is up-to-date on the criminal background check requirement.

Calling the case a first of its kind, Orange County District Attorney Jim Woodall said he had to consult with several people, former district attorneys included, about the facts.

"This is a very unusual case," he said. "I've been practicing criminal law for over 32 years and I've never seen anything quite like this."

Woodall said the decision on whether to charge the daycare worker ultimately lies with the police department; he's been advising them on strengths and weaknesses of the evidence including the surveillance video, witness statements, and medical records.

"I think there are some theories for criminal liability in this case," he said. "Perhaps a theory of assault on a child under 12 and also a theory of misdemeanor child abuse."

Dr. Carl Seashore, UNC Children's Hospital Medical Dir. of the Nursery, tells ABC11 in situations where a baby is born prematurely, doctors occasionally turn to the local milk bank if there's a benefit to the child. He said the WakeMed Mothers' Milk Bank in Raleigh is certified and that both the donors and the milk are heavily screened.

"Outside of that umbrella of safety, there is the potential for risk," he said on the sharing of breastmilk.

"Human milk has the potential to contain infectious agents as well as medications or drugs a woman may be using and transmit them to the baby who consumes it," said Seashore. "A decision about breastfeeding in the setting of medical conditions or medication use should be made in conjunction with your child's pediatrician or healthcare provider." 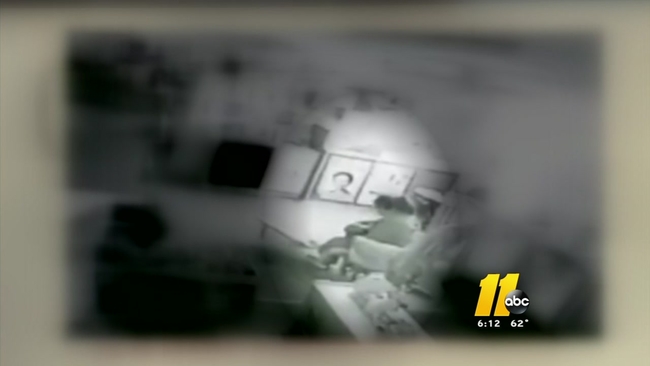