One dead in incident at Wake County construction site 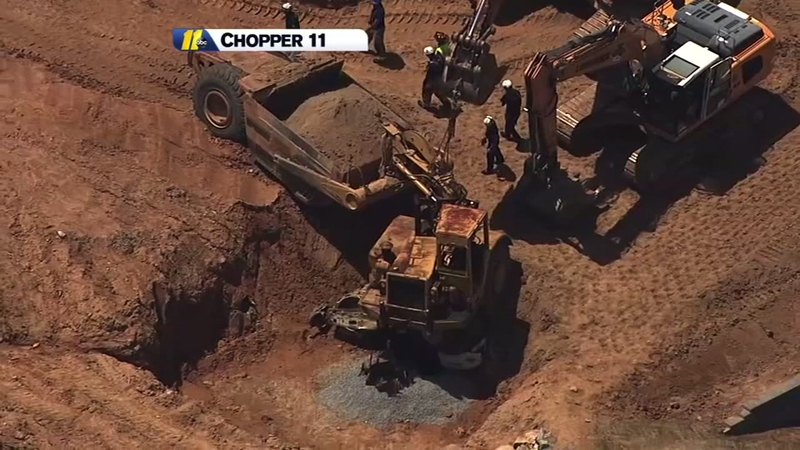 GARNER, NC (WTVD) -- The North Carolina Occupational Safety and Health Division is investigating after a person was killed at a construction site on Auburn Knightdale Road in Wake County.

"We found two very large pieces of equipment in a predicament in some loose areas of soil with the possibility of someone trapped underneath," said Deputy Chief Tim Herman, of Garner Fire Rescue. Herman said they were dispatched there about 11:30 this morning.

A body was found trapped underneath heavy equipment.

#Breaking-A coroner’s vehicle has just arrived to the construction site on Auburn Knightdale Road in Wake County. I saw Sullivan Eastern Inc. trucks on site. I reached out to the construction firm based in Morrisville and was told “no comment.” #ABC11 pic.twitter.com/C2UytAChCd

A spokesperson for the NC Department of Labor said the preliminary investigation showed the worker was crushed by a paver/roller that overturned into a trench.

ABC11 saw Sullivan Eastern Inc. trucks on site. ABC11 reached out to the construction firm based in Morrisville and was told "no comment."

Authorities could not confirm the name of the person who died nor the company they worked for.