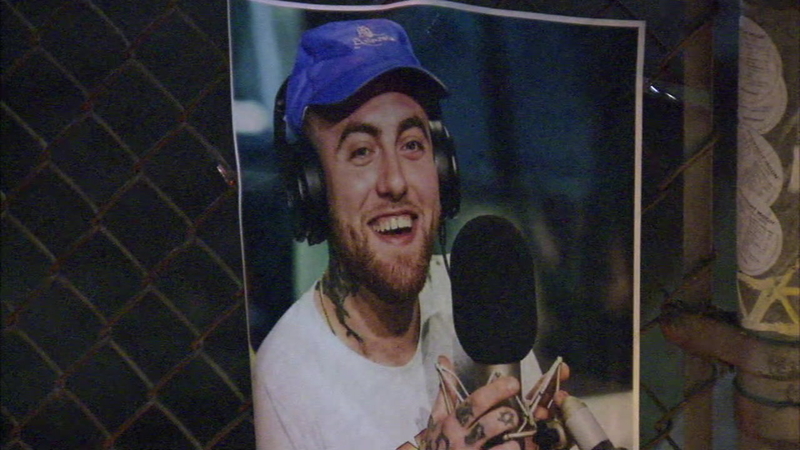 LOS ANGELES -- Coroner's officials on Monday released the cause of death of the rapper Mac Miller, who died in September at his home in Studio City.

The 26-year-old hip-hop artist, whose real name was Malcolm James McCormick, "died from mixed drug toxicity (fentanyl, cocaine and ethanol)," according to a statement from the Los Angeles County coroner's office.

The manner of death was ruled accidental.

McCormick was found unresponsive Sept. 7 at his home in the 11600 block of Valleycrest Drive. He was pronounced dead at the scene by emergency responders.

Ariana Grande posted a tribute Friday to her ex-boyfriend Mac Miller a week after the hip-hop star's death.

The Pittsburgh native was in a two-year relationship with Ariana Grande that ended earlier this year.

His music, which often examined his depression and drug use, won him fans among some of the biggest names in hip-hop.

Performers at a tribute concert for him last week included Chance the Rapper, Travis Scott and John Mayer.