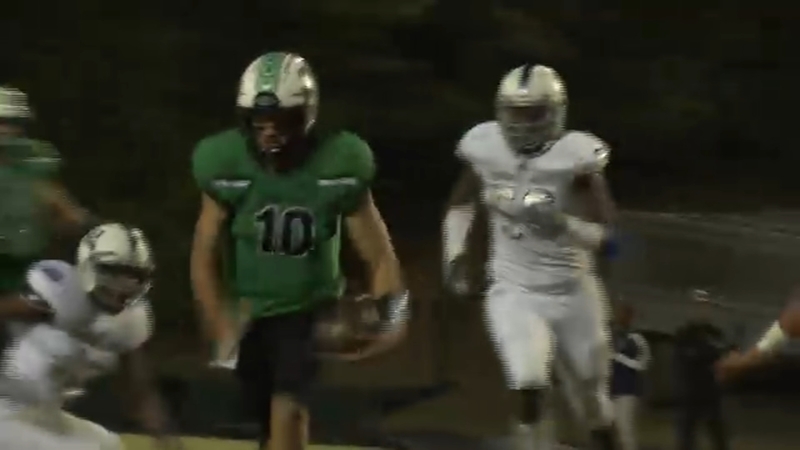 CHAPEL HILL, N.C. (WTVD) -- When you're hot, you're hot and right now, Mack Brown is sizzling.

His latest recruiting coup arrived Friday afternoon when 4-star quarterback Drake Maye announced in a tweet that he was de-committing from mighty Alabama and coming to Chapel Hill. When you're pulling recruits away from Bama - you're doing something right.

There are obviously huge familial ties to UNC at play here too, Maye is one of former UNC hoops star Luke Maye's little brothers. His dad, Mark, played quarterback for the Tar Heels in the 1980s. Drake credited Mack, along with offensive coordinator Phil Longo and DBs coach Dre Bly for his recruitment.

In an interview with Inside Carolina, Maye said last season certainly impressed him as far as the direction of the program under Mack's guidance.

"When I committed to Alabama, I didn't really know how North Carolina was going to be (under Brown) -- I hadn't seen them play, yet. But, I think they proved a lot and they're waking some people up," Maye said.

Maye goes about 6-foot 4-inches and weighs around 210 pounds and is ranked among the top pro-style quarterbacks in the nation. If he's as good as he appears and his pedigree suggests, UNC will be in good hands once Sam Howell completes his career in Chapel Hill.
Report a correction or typo
Related topics:
sportschapel hillalabamauncfootballcollege footballunc tar heels
Copyright © 2022 WTVD-TV. All Rights Reserved.
TOP STORIES
Snow falling in some areas, expected to last until sunrise
New study highlights where you are most likely to catch COVID-19
NC man denied life-saving kidney transplant over vaccination status
Widow delivers heart-wrenching eulogy for NYPD detective
In wake of Pittsburgh bridge collapse, how safe are NC's bridges?
Restaurants, battered by wintry weather, hope business stays brisk
News & Observer: There are 54,000 possible Cook Out combos
Show More
Cooper vetoes bill that would push NC primary to June 7
How many times can I reuse my N95 mask?
10 injured in PA bridge collapse; human chain formed to help
Decades after TV anchor disappears, convicted rapist denies connection
LATEST: Breakthrough cases make up 37% of new COVID infections
More TOP STORIES News