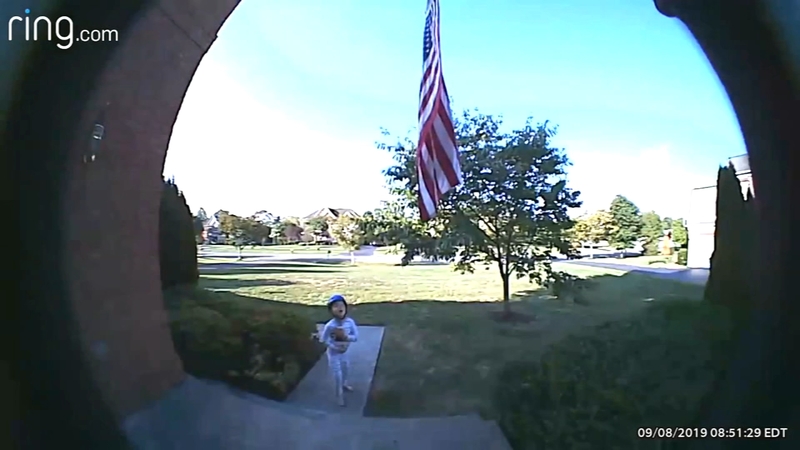 Doorbell camera video of a 5-year-old saluting the American flag is warming the hearts of Americans everywhere.

Preston Satterthwaite had finished a bike ride with his dad when he ran around to the front of his house.

"I was taking his bike in the garage and I thought he was following (behind) me," said Preston's dad, Mike Satterthwaite. "And as I was putting it (the bike) away, I turn around and noticed he was gone."

With pajamas and a bike helmet still on, Preston walked up to the American flag in front of his footsteps and began saying the pledge of allegiance.

The 5-year-old's sweet showcase of American pride was captured on the family's Ring doorbell camera. The family said they bought the camera after their old flag and mount was vandalized.

"It was kind of ironic that the moment someone pulled it down, led to us capturing this great moment," Mike said.

Preston recently learned the pledge in his kindergarten class and shared the reason he enjoys saying it.

"The United States is the best country ever," Preston said.

Preston's parents, Matt and Jessica, say it's a family moment their family will cherish forever.