'No time like the present' for $1.9 trillion American Rescue Plan, Buttigieg says 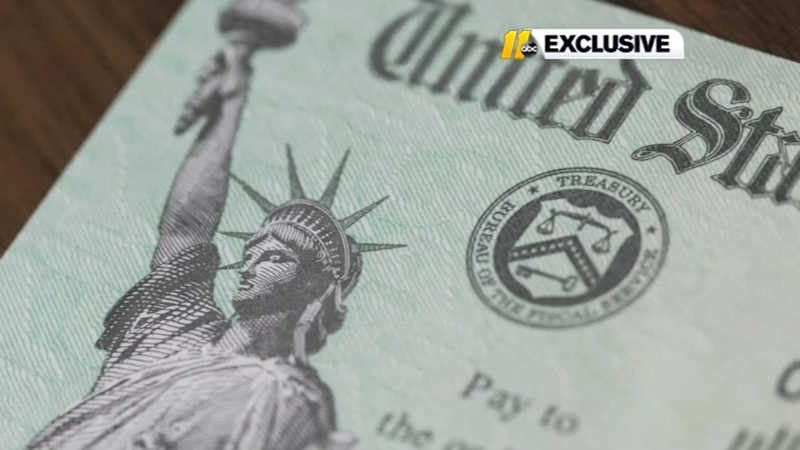 WASHINGTON (WTVD) -- President Joe Biden's $1.9 trillion American Rescue Plan is one step closer to reaching his desk and could be up for a vote in the Senate as soon as this week.

"The bottom line is America wants this," U.S. Secretary of Transportation Pete Buttigieg, a key member of Biden's cabinet, told ABC11 in an exclusive interview. "The President doesn't have to do an awful lot of selling in terms of convincing the American people. Things appear to be improving but that's not going to keep happening on its own. We've got a lot of work to do."

Indeed, an ABC News/Ipsos poll found 67% of Americans approve of Biden's handling of the COVID-19 pandemic, and a majority of Americans seem to also be on board with many of the ARP's proposals, including $1,400 checks for most Americans and billions of dollars for schools, state and local governments and businesses.

"As we've learned, just because Americans want something, Democrat and Republican, it doesn't mean Washington follows suit," Buttigieg added. "The real challenge is whether Congress responds to what the American people say we want and know we need."

"The President doesn't have to do an awful lot of selling in terms of convincing the American people. Things appear to be improving but that's not going to keep happening on its own. We've got a lot of work to do."

Last month, more than 120 economists and policymakers signed a letter in support of Biden's "American Rescue Plan," saying the $900 billion that Congress approved in December before he took office was "too little and too late to address the enormity of the deteriorating situation."

The proposed $1,400 checks for most Americans, which on top of $600 provided in the most recent COVID-19 bill would bring the total to the $2,000 that Biden has called for. It would also extend a temporary boost in unemployment benefits and a moratorium on evictions and foreclosures through September.

Under Biden's multipronged strategy, about $400 billion would go directly to combating the pandemic, while the rest is focused on economic relief and aid to states and localities. About $20 billion would be allocated for a more disciplined focus on vaccination, on top of about $8 billion already approved by Congress. Biden has called for setting up mass vaccination centers and sending mobile units to hard-to-reach areas. The plan also provides $50 billion to expand testing, which is seen as key to reopening most schools by the end of the new administration's first 100 days. About $130 billion would be allocated to help schools reopen without risking further contagion.

Still, all added up together, those immediate COVID relief proposals leave several hundred billions of dollars on the table - and that's where the ARP then moves to support projects in everything from agriculture to transportation to education:

"I think we can all agree we can do right by those who put their lives on the line for this country," Buttigieg, a veteran himself who served in Afghanistan, said. "A lot of people are saying, 'Well why is this in the bill or why is that in the bill,' well if there's one thing this pandemic has taught us, it's that everything is connected and that's why this comprehensive strategy is the best."

Ten Republican senators, including Thom Tillis of North Carolina, met with Biden in the Oval Office in early February and proposed spending about one-third of what Biden is seeking in coronavirus aid and urged him to negotiate rather than try to ram through his $1.9 trillion package solely on Democratic votes.

In challenging Biden to fulfill his pledge of unity, the group said in a letter that there's still time to find common ground.

"We want to help struggling lower- and middle-income families, as well as boost the economy; better targeting the direct payments, would accomplish both goals," the Senators wrote. "We remain committed to working in a bipartisan fashion and hope that you will take into account our views as the legislative process moves forward."

On Monday, Tillis again did not respond to ABC11's repeated requests for an interview.

"Another $2 trillion where you're bailing out pension programs and doing a massive $1,400 per person payment to everyone, whether or not they work for Amazon or whether or not they've been laid off," Rouzer said. "That's a lot of money we're spending that we're going to have to pay back at some point."

As for timing, Senate Majority Leader Chuck Schumer, D-New York, is expected to bring the package to the floor as soon as Wednesday, triggering a debate that could last 20 hours. Republicans are then expected to propose a series of amendments that will each require their own time for debate and votes.