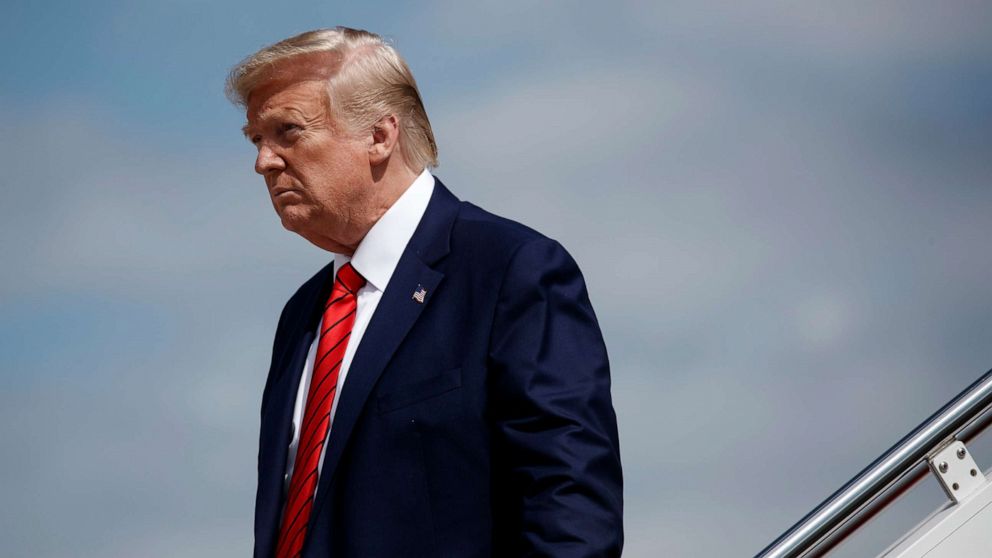 ABCNews
By MATT MCGARRY
President Trump's announcement to withdraw all U.S. forces from northern Syria came as a bombshell for the Syrian Democratic Forces who sacrificed many of their ranks on the bloody battlefields of northeast Syria, to defeat fanatical ISIS combatants prepared to fight to the last man and woman.

The top Kurdish commander of U.S.-backed SDF forces, Mazlum Kobone, said himself that more than 11,000 of his soldiers were killed in the war against ISIS. The U.S. supplied essential aerial bombardments and logistical advice but it was the local fighters on the ground who bore the brunt of the bloodshed.

The latest White House statement never once mentioned the contribution of those SDF combatants - the vast majority made up of Syrian-Kurdish YPG fighters -- and took sole U.S. credit for defeating the ISIS territorial "Caliphate."

Now it appears the Trump administration is abandoning those Kurdish allies altogether, in favor of the Kurds' nemesis, the Turkish government. Turkey has been fighting separatist Kurds across the border inside its own territory for decades, and in recent years has incurred several times into Syria to fight against Syrian Kurds.

For Donald Trump to hand the fate of Syria's Kurds over to their sworn enemy Turkey not only represents a major disservice to the people who did more to defeat ISIS in Syria than anyone else, but it also sends an ominous message to any group who would ever consider allying themselves to the United States in the future.

The Kurds are not likely to roll over and accept this without a fight. Perhaps anticipating the White House move, YPG spokesman Mustafa Bali said just two days ago the SDF, "is committed to the security mechanism framework and has been taking necessary steps to preserve stability in the region. However we will not hesitate to turn any unprovoked attack by Turkey into an all-out war on the entire border to DEFEND ourselves and our people."

Despite Trump's repeated claim of having completely nullified the ISIS threat, the fundamentalist movement is far from dead. ABC News reported just a few weeks ago on the strong regeneration of ISIS groups. U.S. military leaders told David Muir there is an "ISIS insurgency" in Iraq and warned of an extremist breeding ground across the Syrian border.

A complete withdrawal of U.S. Special Operations forces from northeast Syria will now throw that ongoing battle against ISIS holdouts into grave jeopardy.

Many in the region seriously doubt Turkey's commitment and willingness to prioritize the ISIS threat. As far as Turkey's President Erdogan is concerned, the Kurdish separatists in his own country - and their Kurdish allies in neighboring Syria - are the primary menace. The question of what will happen to tens of thousands of ISIS prisoners and their families being held by Syrian Kurds in overcrowded and sometimes violent camps such as al Hol now hangs in the balance.

SDF commanders are predicting the ensuing turmoil will allow a window of opportunity for ISIS to reemerge and grow stronger, allowing for the fundamentalists to break their fellow captives out of detention camps.

President Trump issued a menacing intimidation on September 20th aimed at "the European countries," threatening to dump ISIS prisoners at the border. "I defeated the caliphate. When I came, the caliphate was all over the place. I defeated the caliphate, ISIS, and now we have thousands of prisoners of war, ISIS fighters that are prisoners of war, and we're asking the countries from which they came ... from Europe, We're asking them to take back these prisoners of war," the president told reporters at the White House. "So far, they've refused, and at some point, I'm going to have to say, 'I'm sorry, you either take them back or we're going to let them go at your border.' And if they don't take them back, we're going to probably put them at the border and then they'll have to capture them again," Trump said.

Bret McGurk, a former top US official in the fight against ISIS, who quit his post last December when Trump first announced he was pulling all U.S. forces from Syria, this morning blasted the president's decision to hand over responsibility for ISIS captives to Turkey.

"Turkey has neither the intent, desire, nor capacity to manage 60k detainees in al Hol camp, which State and DoD IGs warn is the nucleus for a resurgent ISIS," McGurk wrote on Twitter. "Believing otherwise is a reckless gamble with our national security."
Report a correction or typo
Related topics:
abc newsnational
Copyright © 2020 ABC News Internet Ventures.
More Videos
From CNN Newsource affiliates
TOP STORIES