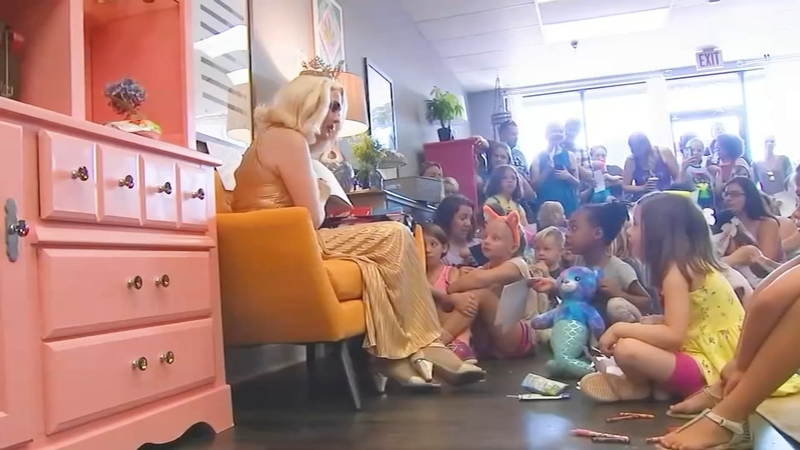 APEX, N.C. (WTVD) -- When Ellen Dershowitz first got wind of this controversy she was furious. It's been the talk of the town.

"There are a group of people that got very upset that we were going to allow drag queens to sit down and read stories to our kids and that's how it all got started," said Dershowitz. "I felt like we were putting our kids back in the closet."

She is a committee member for Apex Pride who is now reassuring all vendors people will still turnout.

Both she and Rick Conard have kids who are members of the LGBTQ community. His wife is a founding member of Apex pride.

"I think it's a really bad decision. It's the wrong decision. I don't think it was really thought out. I don't think they understood what the reaction would be from the LGBTQ community and their allies," said Conard.

Town council member Terry Mahaffey created a citizen survey after receiving 70 emails from residents both for and against. As of Monday afternoon, nearly 500 people had responded. In the comments section, half of those who responded identify as part of the LGBTQ community and say they are now less likely to attend the Apex Pride Fest.

It continues to be my goal to ensure that all voices in our community are represented.
I have received a variety of feedback regarding the Drag Queen Story Hour at the upcoming

Apex Pride Festival. Given that this part of the event was not originally
presented when the event was proposed, I met with representatives from the organization hosting the event, the Apex Festival Commission, and presented the feedback I have received from citizens. Today I was notified that the Apex Festival Commission
has taken the feedback into careful consideration and has decided to remove the Drag Queen Story Hour from the event. Any further questions or concerns regarding the Pride
Festival activities can be forwarded to apexfestivalcommission@qmail.com

Organizers say that is not true.

"It was always part of the initial plan," said Dershowitz. "Do we have to fight this every year? Or are we going to stand up and say enough? This is not hurting anybody."
Report a correction or typo
Related topics:
community & eventsapexnorth carolinanclgbtq+lgbtq+ pridefestivalpride month
Copyright © 2022 WTVD-TV. All Rights Reserved.
LGBTQ+ PRIDE
Would you come out as gay if you might lose your job?
Chicago non-binary couple faces unique set of challenges
Trans Chorus of Los Angeles celebrates 7th musical anniversary
Transgender woman says she was denied job at a NC Catholic school
TOP STORIES
Creedmoor rallies around family that lost everything in house fire
Sheriff: Woman stabbed man with Sharpie, pushed him out of car on I-95
Raleigh City Council votes to ban exotic animals
Pullen Park attractions see price rate hike
Worker killed in North Carolina trench collapse
7th victim dies from Highland Park parade mass shooting
Spotted lanternfly sighting confirmed in North Carolina
Show More
Man struck by lightning near island off North Carolina
Is your home prepared for hurricane season?
Wake County continues to scale down COVID-19 testing sites
Fireworks dazzle over Dix Park, downtown Raleigh for Fourth of July
Highland Park 4th of July parade shooting survivors speak out
More TOP STORIES News