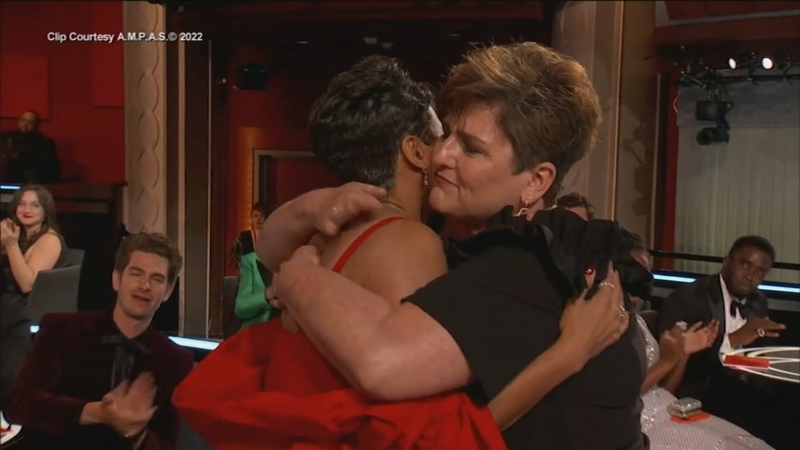 RALEIGH, N.C. (WTVD) -- Raleigh native Ariana DeBose's emotional speech after winning her first Oscar for Best Supporting Actress is still on the hearts and minds of many. She made history as the first openly gay woman of color to win in that category. The LGBTQ community was able to see itself on the global stage.

"It gave me chills first and foremost. Ariana's win not only elevates the LGBTQ and Afro-Latina brilliance of North Carolina, but it also reflects this really beautiful call for representation in media everywhere," said Rebby Kern with Equality North Carolina.

For DeBose, 31, this was her first Oscar nomination. During her acceptance speech, she spoke of dreams coming true in this weary world. She called time and role as Anita in the musical film, West Side Story, the summer of a lifetime. The world watched as she emotionally proclaimed how she found her strength in life through art.

"To anybody who has ever questioned your identity, ever ever ever or you find yourself living in gray spaces, I promise you this, there is indeed a place for us. Thank you to the Academy. Thank you to all," said DeBose.

Equality North Carolina officials called this a huge win for the LGBTQ community, but also the Tar Heel State where the actress was raised.