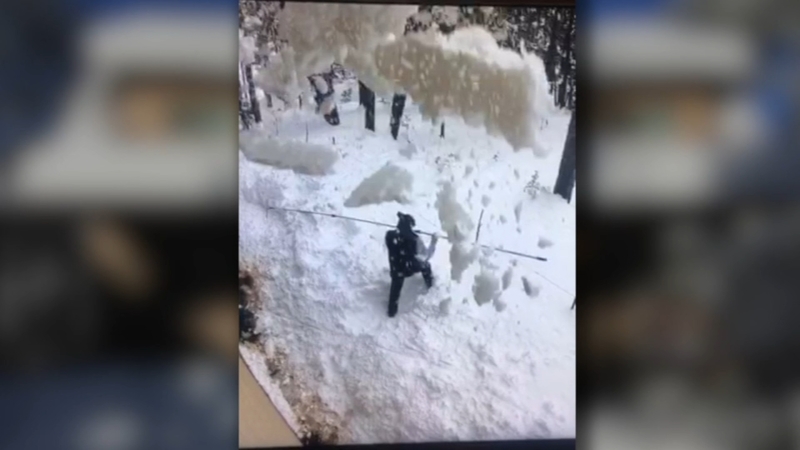 PAYSON, Ariz. -- An Arizona man ended up waist-deep in snow after a record-breaking weather week.

"I heard it start to come down, and I had no idea what was coming at me," Marv Orsburn told KNXV.

He was shoveling the back patio of his family's cabin in Payson, Arizona, on Saturday when he heard a rumble.

In seconds, he was pinned beneath what felt like dozens of pounds of snow.

His wife, Cheryl, heard the crash and ran out to help him.

"He is from waist up, like, hanging onto this barbed-wire fence and he says, 'Hurry up! Get the shovel, come dig me out,'" she said. "I was like, 'OK, you're alive. Let me just get a quick picture here."

Then she got to work on digging him out. The couple said Orsburn was lucky, because the situation could have been a lot worse.