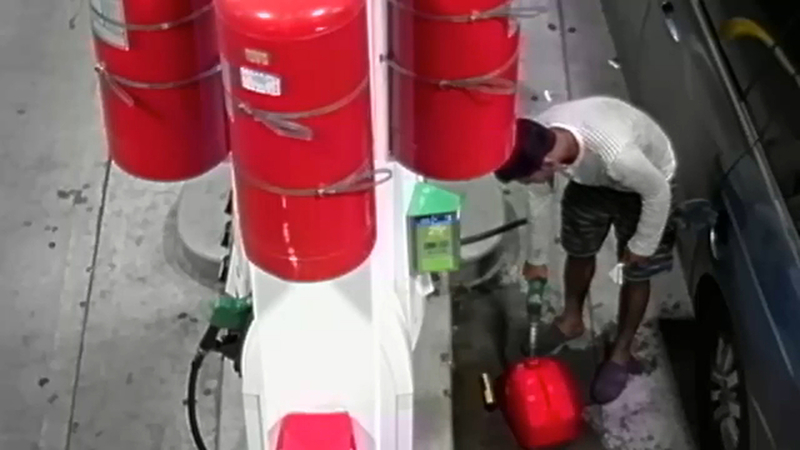 BULLS HEAD, Staten Island -- Police are searching for a man who set a fire at a gas station on Staten Island, leaving a man seriously injured.

The NYPD said it happened Monday at about 1:50 a.m. at the gas pumps in front of a 7-Eleven on Richmond Avenue in Bulls Head.

Frightening arson attack. Police looking for this man who tried to set a gas station on fire. Thankfully the flames were put out before the tanks exploded. @ABC7NY Richmond Ave, Staten Island. Bull’s Head neighborhood pic.twitter.com/nOhoOlaiUo

According to police, the suspect filled a portable gas can with gasoline, sprayed gasoline around it and used a lit piece of paper to ignite a fire.

A 21-year-old man who was in the vicinity suffered internal injuries and was taken to Richmond University Medical Center in serious but stable condition.

The suspect took off in an unknown direction.