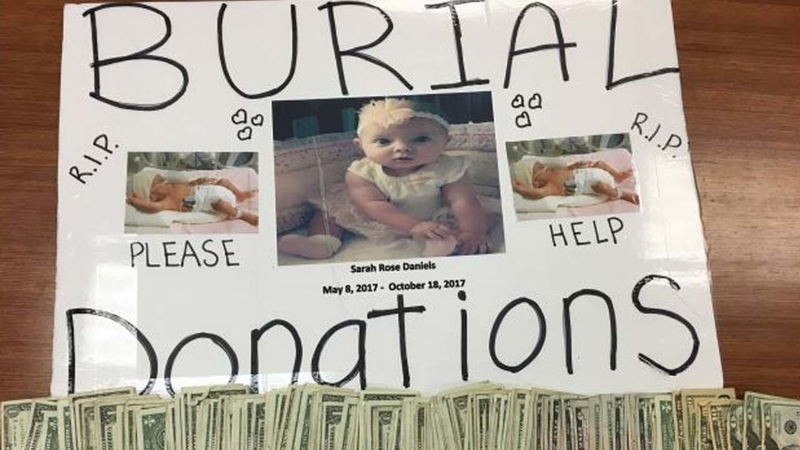 SAN BERNARDINO, California -- Two transient women from San Bernardino County were arrested after allegedly soliciting donations to bury a child - when in fact they were running a scam, deputies said.

An hour later, 41-year-old Michele Love of Yucca Valley was also found panhandling and was arrested.

While Love was being booked, investigators found evidence linking Doll and Love. Authorities determined that the two of them worked together to create signs in order to get donations from the passing public.

Investigators said they created a poster - that showed a baby's face - asking for donations for their baby's funeral.

According to sheriff's officials, the baby shown in the poster does not belong to the suspects and no burial funds were needed.