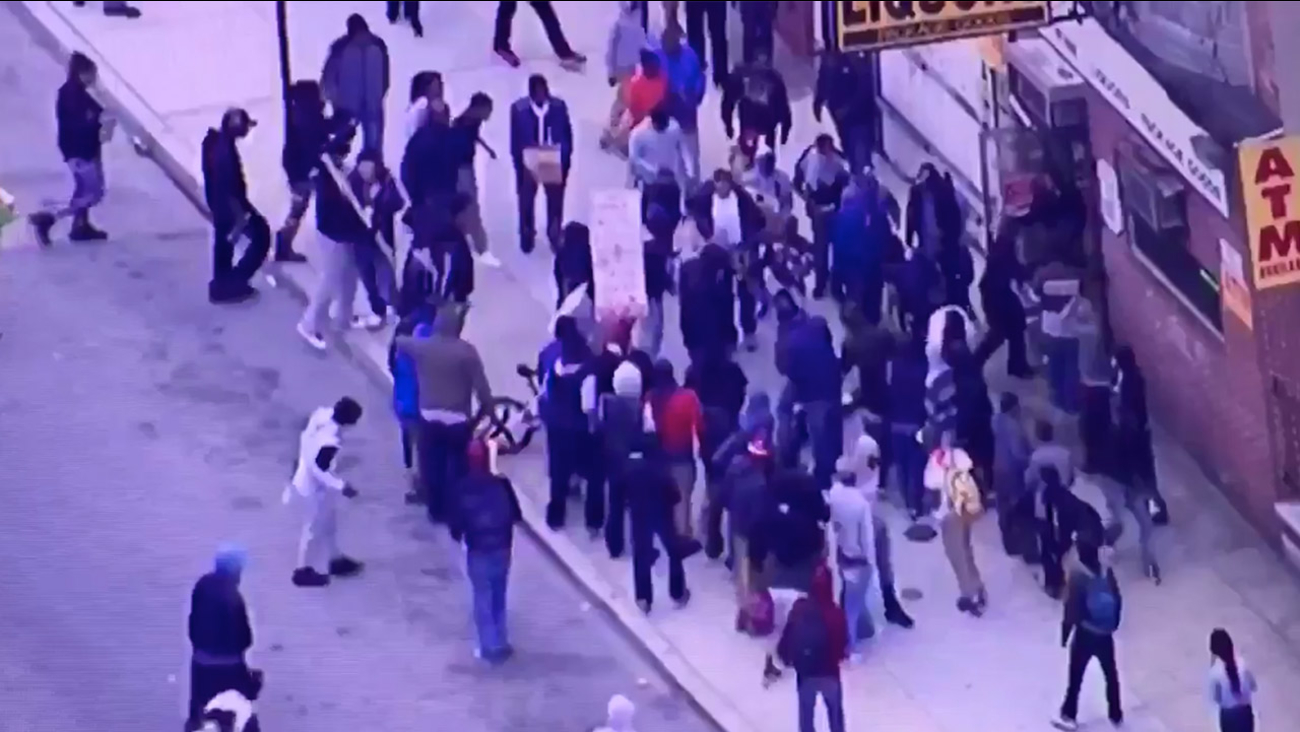 Shocking video captured the moment when a man was attacked by protestors outside of a liquor store in Baltimore. (WBAL TV)

Shocking video has emerged of a Baltimore man being attacked and stomped on by protestors.

.@justin_fenton @baltimoresun I just watched a guy dragged from his store and sucker punched and stomped pic.twitter.com/R8zYI7bpWt

Violent protests and extensive looting erupted across Baltimore on Monday following the funeral of Freddie Grey, with National Guard troops being deployed to Baltimore in the wake of the violence.

Baltimore resident Joe Talaiver uploaded the above 20 second video of footage shot by a WBAL news helicopter to Twitter, shot around 4 p.m. on Monday. The footage depicted protestors outside of Uptown Liquors in the city. In the video, one protestor suddenly punches a man standing outside the store, causing him to fall immediately to the ground.

The victim can then be seen lying motionless, as other protestors begin to crowd around him, with one appearing to even stomp on the man.

Users on Twitter questioned what happened to the man.

So… watching the #Baltimore looting. Did the guy dragged from the Uptown Liquors store get killed by the mob? Or, stomped unconscious? Or…?

Twitter user Justin K then stated the man was carried off to safety.

@jtalaiver @justin_fenton @baltimoresun He was then carried off by a group of people that seemed to care about him.

Talaiver later clarified on Twitter that he was not sure if the man who was attacked was the owner of the store.

Fifteen officers were injured in the protests on Monday, with 27 arrests being made, according to ABC News.

Talaiver's clip wasn't the only video of the Baltimore protests to go viral. On Tuesday, video emerged of a mother attacking her protesting son on live television.

VIDEO: Angry mom beats son suspected of rioting in Baltimore on live TV
A suspected rioter in Baltimore got the smackdown of his life Monday by his mom on live television.