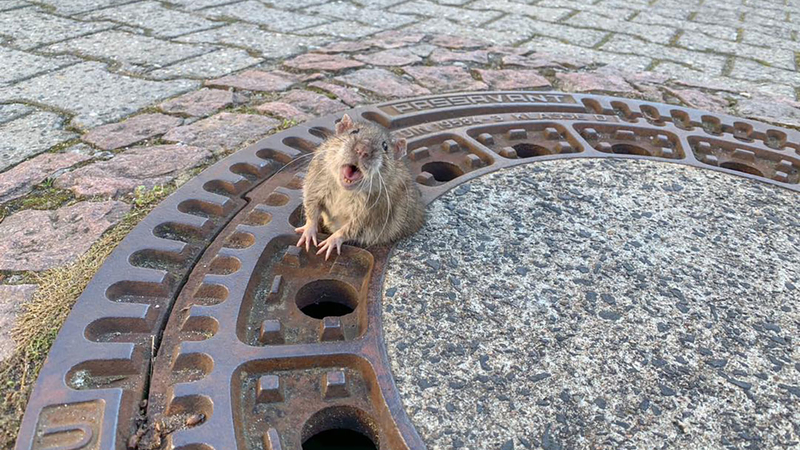 BENSHEIM, Germany -- A slightly overweight rat was rescued by a team of firefighters after it got stuck in a manhole cover in Bensheim, Germany, over the weekend.

Animal rescuer Michael Sehr, along with other rescuers and firefighters, was able to rescue the plump rodent using a guiding rod.

Once the rat was safely released, it scurried back into the sewer.