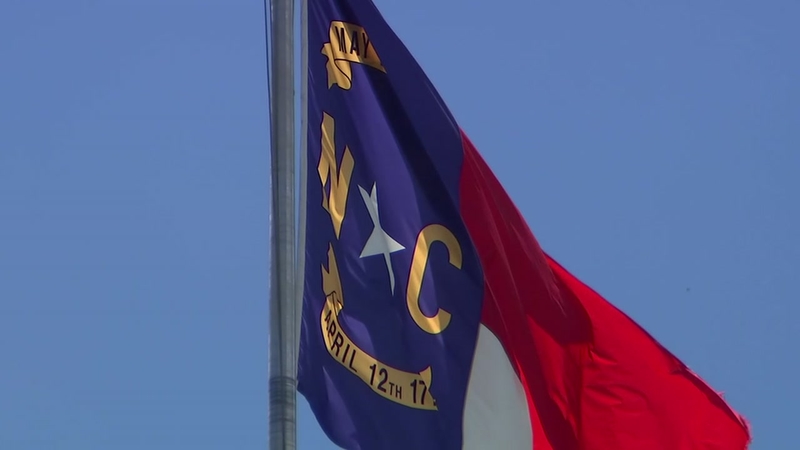 RALEIGH, N.C. (WTVD) -- North Carolina Democrats are calling the alleged absentee ballot fraud in Bladen and Robeson counties "the Republican scandal." That's because the allegations of ballot tampering have been lodged against McCrae Dowless, a contractor for the campaign of Republican Mark Harris.

Harris was the apparent winner by 905 votes over Democrat Dan McCready. Allegations of election fraud have caused McCready to rescind his concession.

Early on, Republicans noted that the margin of absentee ballots wasn't enough to change the outcome. But Democrats now say they believe some absentee ballots were collected by Dowless and his operatives and thrown away if they contained the name of McCready.

So they are calling for a new general election.

This week new allegations have surfaced that results of early voting were leaked before Election Day.

And a statement released by NC Republican Chairman Robin Hayes insinuated Democrats were behind the leak.

Hayes said an affidavit alleging Bladen County's early-vote totals were shared improperly would be grounds alone for a new election in an unsettled congressional race in southeastern North Carolina.

Hayes made the comment Tuesday about a Bladen County precinct worker's statement that the state Democratic Party released two weeks ago. The state elections board hasn't finalized the 9th District outcome while it examines alleged absentee ballot fraud.

The worker, Agnes Willis, wrote that vote tallies printed at Bladen's in-person early voting site the Saturday before Election Day were reviewed by people who are not election judges. That information conceivably could help political campaigns with Election Day get-out-the-vote strategies.

"The security and confidentiality of the early vote has concerned the Party for years. This, and the resignation of the Democrat Vice Chair of the Bladen County Board of Elections after the inquiry began, further represents the systematic failure of the election process in this area of the state going on for at least the last decade," Hayes said in a statement.

And then, late Tuesday, NC Republican Party Executive Director Dallas Woodhouse referred to the early voting allegation while speaking to reporters saying, "We are pretty certain that happened and, if it is confirmed, a new election is appropriate."

His counterpart with the NC Democratic Party, Wayne Goodwin, was glad to hear Republicans may be taking a new position.

"I do welcome them if the Republicans now believe that a new general election is warranted. I believe it is based on all that I've seen and heard," he said.

The question now is whether Republicans may call for a new primary as well.

Read the full statement from Hayes below:

"We are extremely concerned that early voting totals may have been leaked in Bladen County as reported by The Charlotte Observer. This action by election officials would be a fundamental violation of the sense of fair play, honesty, and integrity that the Republican Party stands for. We can never tolerate the state putting its thumb on the scale. The people involved in this must be held accountable and should it be true, this fact alone would likely require a new election. Accessing early vote totals before the overall results are final can clearly give an unfair advantage to one candidate over the other. The security and confidentiality of the early vote has concerned the Party for years. This, and the resignation of the Democrat Vice Chair of the Bladen County Board of Elections after the inquiry began, further represents the systematic failure of the election process in this area of the state going on for at least the last decade. Should this new election be warranted, the professionals at the State Board of Elections must assume control of the county board of elections operations in Bladen County, which has shown itself incapable of managing fair elections."
Report a correction or typo
Related topics:
politicsncvotingstate politics2018 electionfraud
Copyright © 2021 WTVD-TV. All Rights Reserved.
More Videos
From CNN Newsource affiliates
TOP STORIES