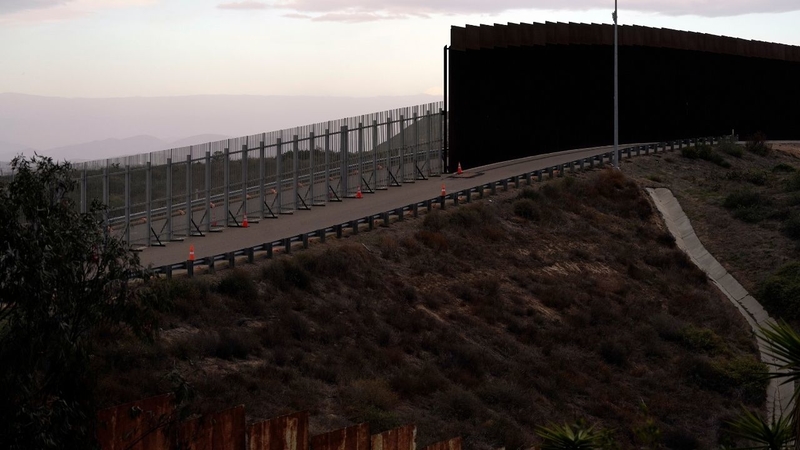 The Biden administration is returning to the Pentagon billions in funds diverted by President Donald Trump to build the wall at the southwestern border, and plans to cancel all related construction contracts, an administration official told ABC News on Friday.

"Border wall construction under the previous administration tied up more than $14 billion in taxpayer funds, shortchanged our military, and diverted attention away from genuine security challenges, like human traffickers. Rushed and haphazard wall construction also resulted in serious life, safety, and environmental issues," the official said.

Amid its ongoing review to determine the fate of Trump's border wall, the Biden administration also said it would launch two new projects along the 1,900-mile U.S.-Mexico border: one to fill holes in the Rio Grande Valley levee system left by the wall construction project, and another to address soil erosion in a 14-mile stretch of barrier construction by the Trump administration near San Diego, California.

Neither project would involve building new border fencing, the administration official told ABC News. It's not yet clear when the Biden administration will complete its review of the overall Trump-era project.

"As Federal agencies continue to review the problems created by the prior Administration's border wall construction and develop their plans, today they will start taking initial steps consistent with the President's Proclamation to reaffirm our commitment to the military and protect border communities," the official said in a statement.

Lawmakers from both parties, including Sen. Ted Cruz, R-Texas, and Rep. Vicente Gonzalez, D-Texas, have called on the Biden administration to address the gaps left in the federal levee system in southern Texas ahead of hurricane season, to help prevent flooding. Angry local officials threatened to plug the gaps themselves and seek reimbursement from the federal government down the line.

The Department of Homeland Security said in a statement later Friday afternoon it was acting to "protect border communities."

The Defense Department will use the reclaimed military funds -- seized by the Trump administration in several tranches after Democrats refused to back Trump's calls for additional money for wall construction -- for the hundreds of domestic and overseas projects originally approved by Congress, including military schools and warehouses.

"Consistent with the President's proclamation, the Department of Defense is proceeding with canceling all border barrier construction projects paid for with funds originally intended for other military missions and functions such as schools for military children, overseas military construction projects in partner nations, and the National Guard and Reserve equipment account," Jamal Brown, deputy Pentagon spokesman, said in a statement. "Today's action reflects this Administration's continued commitment to defending our nation and supporting our service members and their families."

Lt. Col. Christian Mitchell, a Defense Department spokesman, told ABC News it was unclear how much of the military construction funds the Pentagon will be able to recoup. Some of the funds diverted by Trump have already been spent, while other tranches are no longer available to be recalled.
President Joe Biden is still facing pressure from local border communities and both parties to announce his plans for Trump's signature project. Republicans have called on him to complete the wall amid the ongoing surge in migrants seeking to cross into the United States.

Democrats want the president to keep his campaign trail promise to unwind the project and return confiscated border land to property owners.