Virginia teen charged with killing girlfriend's parents, who reportedly worried he was a neo-Nazi 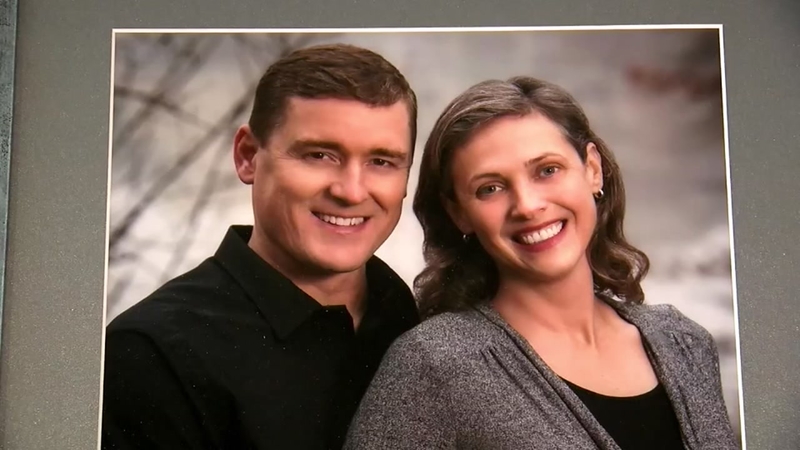 RESTON, Virginia -- A 17-year-old boy has been charged with murder in the shooting deaths of a northern Virginia couple.

According to police, the teenager, who has not been identified because of his age, shot himself after fatally shooting Buckley Fricker and her husband, Scott, inside their home Friday morning.

The suspect is in the hospital in life-threatening condition.

Officials said he was dating the Frickers' 16-year-old daughter. The couple had concerns about their relationship because he reportedly had neo-Nazi interests.

Janet Kuhn, Buckley's mother, said there was an early morning rendezvous between the Fricker's daughter and the suspect on Friday at their home.

"They spent an hour together approximately from 4 to 5 and Buckley and Scott heard a noise and somehow sensed something was up," Kuhn said.

She said the boyfriend shot the Frickers when they confronted him and then turned the gun on himself.

Kuhn said she knows the couple would have no regrets in how they protected their daughter.

"I don't think there's anything else they could have done, but who could ever forsee anything this horrible," she said.
Related topics:
virginiau.s. & worlddouble murderboyfriend charged
Copyright © 2022 KTRK-TV. All Rights Reserved.
TOP STORIES
Shelf cloud seen in Raleigh ahead of line of storms
More than 75,000 pounds of baby formula lands in US amid shortage
Clayton police arrest man in shooting that injured 1
Report: Top Southern Baptists stonewalled sex abuse victims
Biden: US would intervene with military to defend Taiwan
Wake County begins giving COVID booster shots for children ages 5-11
Biden: Monkeypox threat doesn't rise to level of COVID-19
Show More
Pfizer: COVID vaccine for kids 6 months to 5 years old 80% effective
Texas woman sought in fatal shooting of pro cyclist: US Marshals
Zibanejad leads Rangers to 3-1 win over Hurricanes in Game 3
Russian sentenced to life in Ukraine's 1st war crimes trial
1 person in hospital after a pedestrian was hit crossing I-95
More TOP STORIES News