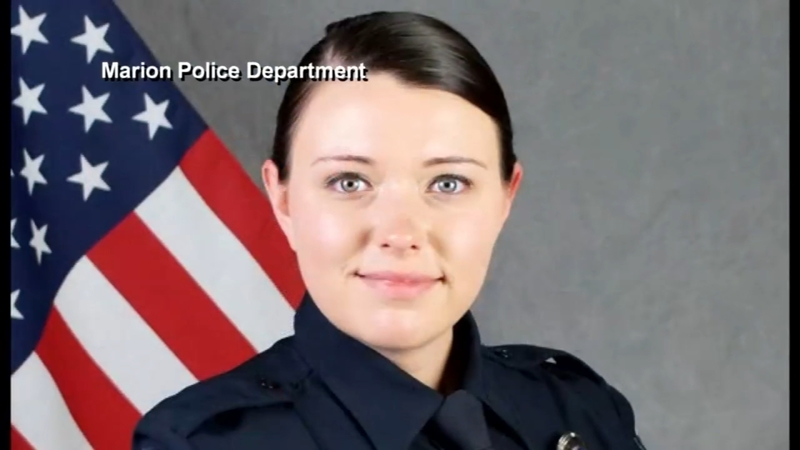 Derek Smith, who owns Derek's Muffler of Marion, ended up being the highest bidder for the East McDowell Middle School student's painting when the auction closed Feb. 7.

On Tuesday, Feb. 8, the Marion Police Department reported Officer Toney remains in recovery after a week of care at Johnson City Medical Center. According to the North Carolina State Highway Patrol (NCSHP), just before 6:15 a.m. on Jan. 31, a pickup truck crossed left of center, possibly due to a medical condition, in Mitchell County along NC 226, crashing into Toney's patrol car head-on.

"Breanna's attitude and spirits are high despite her circumstances," the police department said. "Much of that is due to the overwhelming amount of support she has received from her fellow emergency services workers and the community."

Marion police say they will be letting the public know about any future efforts to help Officer Toney and her family.