Exclusive: 'I seen the knife coming out': Brier Creek shopper attacked while picking up take-out 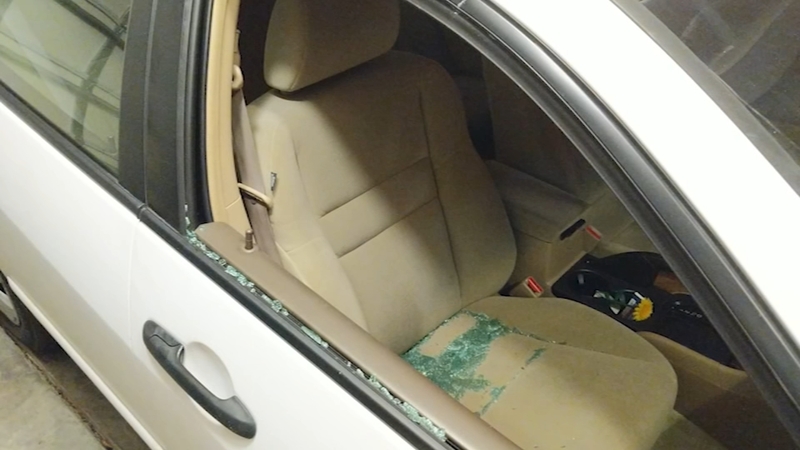 RALEIGH, N.C. (WTVD) -- A trip to Brier Creek to pick up take-out turned violent for one man. He said he was under attack while waiting at a red light by a woman wielding a knife.

ABC11 is protecting the victim's name for safety reasons.

The victim was waiting on Brier Creek Parkway to turn left on Highway 70 when he saw a woman getting out of her car and coming toward his passenger side.

"The person basically started yelling at me and saying 'fix this,'" he said.

The victim says the outburst was confusing and he tried protecting himself as best as possible.

"Once I locked the car, she got more aggressive," he said.

She started banging on the door and then things took a turn.

"Next thing I know, I seen the knife coming out -- the big machete knife -- she pulled it out from the sleeve and she started whacking it," he said.

The victim wanted to escape the attack, but he was boxed in by cars. The light was still red.

"I had already assessed the situation enough to know if I got out, I'd be probably chased," he said.

The woman then broke through the passenger-side window.

The victim was scared and also a bit thankful.

"I was really happy not to have a passenger on that side, but that would be a hospital run right there," he said.

When the light turned green, he was able to get away and immediately drove to a police station to file a report.

The victim says he didn't get a good look at the woman.

The incident happened Sunday night around 8 p.m. It was dark out.

He's putting out a plea and asking anyone who may have cell phone video of the incident to come forward.

The victim wants to warn people that even in a safe, busy area like Brier Creek you need to stay alert and be aware of your surroundings.

"It's a bit shocking to me and I think the community itself will be wondering of course why it happened in Brier Creek of all places," he said.